Ukraine through the eyes of a geologist

the Territory of Ukraine is of interest not only convenient geographical location and relatively mild climate. Besides the world-famous black earth of the steppes, our country is rich in many kinds of minerals, having all necessary for the development of industry and economy. In addition, Ukraine has sufficient prerequisites for the development of tourism, because its territory is full of natural reserves, striking beauty and originality. This wealth we owe to the geological processes that began on our planet millions and billions of years ago. Consider the results of these processes. 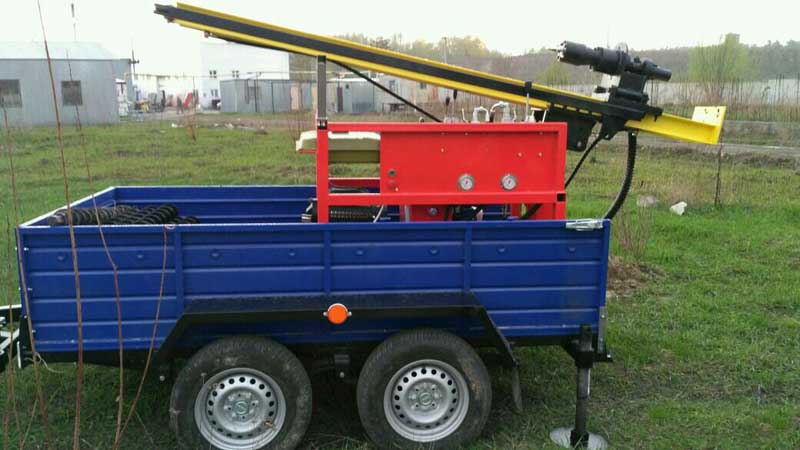 the Main geological formations of Ukraine

If you start to dig deep, we can see that Ukraine is a great sustainable location with low seismic activity due to continental crust, consisting of basalt, granite and sedimentary rocks. The greatest thickness of the crust is in the region of the famous Ukrainian shield, and the lowest in the Black sea region and Transcarpathia. There are several geological zones, each of which is of particular interest:

It is the oldest geological massif of crystalline rocks, which began to emerge in the Archean period and is part of the East European platform. It occupies the Central part of our country and stretches from North-West to the South-Eastern part of our country for more than a thousand kilometers. This stone "island" appears on the surface in the Central and southern regions of Ukraine. This is clearly expressed in the Geology of the district, Zaporizhia region, where the granite rapids of the Dnieper river since ancient times served as a natural protection to the territory of our state.

This geological structure covers the Western part of the Ukrainian shield and consists mainly of sediments of Paleozoic, Mesozoic and Cenozoic. Due to the close proximity of the Carpathian mountains, this geological region has many faults and layers. Numerous sedimentary rocks belonging to different geological epochs.

This is the largest deflection in the lithosphere occupies a large part of the North-East of Ukraine – Chernihiv, Sumy, Kharkiv, Poltava and Lugansk regions and part of the Dnepropetrovsk region. The Geology of the region is known for deposits of oil and methane gas and is composed of sedimentary rocks.

the Highest significance in the Geology of the Donetsk region are carbon deposits with a thickness of 10-12 kilometers, containing the famous Donbass coal. It contains more than 200 coal seams of high quality.

the Geology of the area of the black sea region is represented mainly sedimentary rocks, and in some places volcanic formations.

This is a beautiful natural formation owes its origin to the active tectonic processes of the late Jurassic period. The Crimean mountains have a complex geological structure. The southern ridge of the Crimean mountains represent the magmatic rocks, while the Northern portion is comprised of sedimentary formations.

This is the Alpine mountain formation which still occur active tectonic processes, is a complex geological structure, consisting of the Carpathian mountains, Carpathian trough and the Carpathian basin.

with regard to surface geological formations, here the big role played by numerous climatic changes that occurred in the future of our country over millions of years – from the hot dry climate of the Permian period before the last ice age, which ended relatively recently, 20-26 thousand years ago. The most important surface geological education in Ukraine is a powerful layer of black soil, which occupies 44% of the country. The Geology of the upper horizons of the earth is engaged in engineering Geology, which, in particular, analyses the changes of the lithosphere, associated with human activities. Modern anthropogenic impacts affecting the geological environment of entire regions of our country.

Geology of mineral resources of Ukraine

Geological exploration of the territory of Ukraine has a long history and today discovered nearly 20 thousand deposits of 117 mineral and organic natural resources, of which 8 thousand are industrial value.

First of all, it is the richest coal deposits of the Donetsk coal basin. According to the estimates of geologists, coal resources of the region can meet the energy needs of our country for ages 2-5.

There are promising reserves of oil, condensate and natural gas in several geological regions of the country. Geological exploration discovered deposits of 320 of hydrocarbon fuels.

Dnieper geological region contains seams of brown coal of commercial value, constituting not less than 5% of the coal resources of the country.

the Central geological areas, there are open deposits of oil shale, and peat resources of our country are 2200 million tons.

within the boundaries of the Volyn-Podolsk geological area found deposits of native copper. Its deposits are often accompanied by deposits of gold, silver and platinum group metals. The Geology of gold in our country has an interesting history, and the topic of the feasibility of mining this precious metal is still not disclosed.

as for the extraction of aluminium, in Ukraine was found small deposits of bauxite, located in the Ukrainian shield. The same applies to fields of the cobalt and Nickel ores, small deposits are found in geological areas of the bug and Dnieper.

Ukraine confidently enters in first ten countries on the extraction of uranium ore, deposits of which are concentrated within the boundaries of the Ukrainian shield. The largest Deposit is located in the geological area of the Yellow Water.

Also, due to the Ukrainian crystalline shield, our country is rich in rare metals, the Geology of which occupies a special place.

within the boundaries of the Ukrainian shield found deposits of apatites, geological exploration is estimated at 130 million tons.

As you know, Ukraine has rich reserves of rock salt are concentrated in the Donbas and in many other geological areas of the country. Additionally, table salt is mined in the regions many salt ponds.

Ukraine is also famous for native sulphur, which for the most part lies in the Carpathian Geology region. There are 12 deposits of sulphur, from which are developed the day only 5.

today the Geology of the precious stones and gems in our country is unfortunately in poor condition. Enough studied only 8 fields. In Ukraine there are about 40 types of precious and semiprecious stones including rock crystal, amethyst, aquamarine, emeralds, rubies and even diamonds. As for amber, in some geological areas it is literally under our feet is the cause of the recent controversy related to his illegal mining by the local population.

Geological survey showed that in Ukraine there are more than 1,300 fields of building materials, the origin of which refers to different geological eras. The most important of these are the deposits of raw materials used in cement manufacture: limestone, clay, sand, marl and flasks.

with regard to mineral raw materials, Ukraine is famous for facing stone with high technical and decorative characteristics. Within the boundaries of the Ukrainian shield by geologists identified 300 species of this valuable material – granite, labradorite, gabbro, etc.

Also, our country is rich of refractory raw materials in the steel industry. Deposits of these valuable materials can be found in nearly all geological regions of Ukraine.

Due to the unique geological structure, our territory is rich of numerous natural objects of incredible beauty. First and foremost, it's the Carpathian mountains and the Carpathian – famous ski resorts, the Crimean mountains, with numerous caves, canyons, gorges and other interesting geological formations. Huge interest Podolsky Goods (Medobory), Granite-steppe lands of Buh, Dniester canyon – these are geological monuments of nature are recognized as one of the seven wonders of Ukraine. And of course, our country is famous for its numerous springs of healing mineral waters. The world-famous spas built in Truskavets. Numerous resorts and mud baths created in other regions of our country.

Thus, we can conclude that the geological structure of Ukraine with its natural wealth can bring our country to a decent level of development and prosperity.