Before construction of hydraulic structures, roads, bridges is necessary to determine density, soil moisture and other studies, but this is a time consuming process. In recent years, new methods of investigation of rocks with the help of nuclear radiation, annual radiometric control. And to make radioactive elements that will not harm people, we need to know everything about them. Radioactive radiation, including x-ray, there are people invisible, have no colour or smell, such radiation can only be detected using special equipment – dosimeters and radiometers. The effect of radioactive radiation on humans is referred to as irradiation. 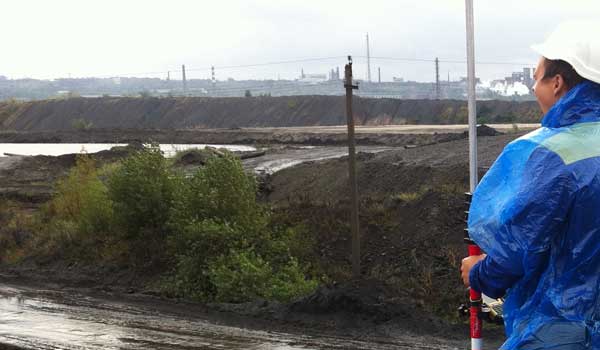 Radiometer – a device which measures the active phase of the source of radiation and determine the density of active particles, is used in conducting radiometric control. The radiometer is a glass vessel which has a aluminum spinner with horizontal branches and gas-discharge counter. Radiometers are divided into devices which measure radiation on the surface of any object or the ground and measuring instruments in the air. The radiometer invented by English physicist and chemist William crooks in 1873. Dosimeter – a device that measures radiation dose and its power. It consists of the following parts: electronic circuit, a detector and measuring device. Dosimeters are divided into: individual, stationary and portable.

In various places different radiation backgrounds. They can differ by several tens of particles. To determine increased radioactivity in the area or not, you need to set the scene. The background is determined by taking readings in different places in the region. The figure that is most common and will be the backdrop. Then we take measurements in the field, examined visually, where it is expected high radioactivity, and if it is really so deal with elevated radioactivity. to Order radiometric control can in our company LLC "Guild Engineering" and we will discuss with you all questions about the work and price.

People can be exposed to when working with radioactive elements and x-ray devices during the examinations. To date there is no exact method for determining how exposed people. Those methods which determine the irradiation is inaccurate. Here are some ways that determine the exposure:

Annual radiometric control is done with special devices. When checking the devices considered sensitive range and accuracy of measurements accordingly to the passport data. If the device passed the test is issued the inspection certificate. Checked devices only in specially equipped laboratories with state-owned enterprises standardization, Metrology and certification, individuals who have received the certificate of attestation. For execution of works the company is granted access, valid 3 years, and then again need to pass the certification.

the Companies involved in radiological tests of samples of rocks before you begin, you need to get the permission from the sanitary-epidemiological service in your city or nearest city where there is this service, to carry out works. After the study of samples of the receive Protocol. The Protocol provides a list of samples, and each describes the content of radium, thorium, and potassium. And here are tips where you can apply the material presented to the sample.

so, conducting radiometric control should be strictly monitored and carried out 1 time per year. These works should be trusted only qualified personnel, such as employees of the company LLC “the Guild Engineering”.