To a multi-storey house or a Bungalow for as long as possible, before construction work is always carried out geodetic studies. After research you will learn all about the topography of your site, comprehensive data on buildings that are already constructed, if applicable, and will receive a future home. of Surveying any sort of difficulty order in the company "Guild Engineering". We they are carried out on modern total stations precise Japanese firms. 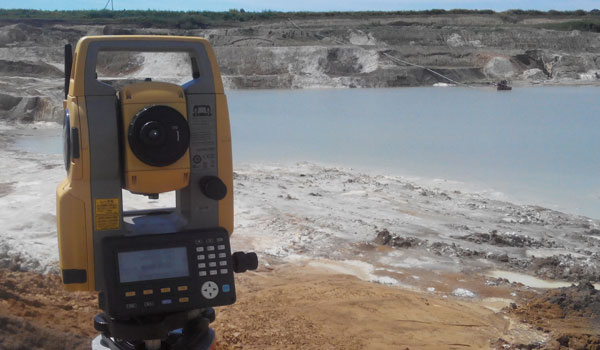 the Primary geodetic surveys for construction works around the house need to start from the survey area at the site and around it and decide where it will build a future home. Also at this stage forecasts are: l change the relief area in the future. This work is large-scale or ultra-large topographic survey of scale 1:50-1:5000. What kind of survey You choose will decide the specialists – it all depends on the size of the site works. The most popular among geodetic works are considered topographic surveys of 1:500 and 1:2000.

On a large plot of land (reserve or large firm) the firm's experts will recommended research in the form of a topographic survey of 1:2000 or, for greater precision, 1:1000. Point in hard to reach areas are calculated as accurately as possible: the basis is taken a known point, and then they are specified in detail in the text. If the site works it is planned to build private house, and ownership is small, then surveying limited topographic survey 1:500 or larger.

Work on poderevnoy topographic survey 1:500 are held with a contour interval of 0.5 m. After the shot is drawn topographic map, it shows how there are trees, their diameter and height. In addition to the trees shown on the plan: bushes, fences, roads, paths, plantations, and even from the next area which can affect the Foundation of the future house. But if the trees on the site very much, and they simply do not fit on the plan at this scale, then takes topographic survey of a larger scale of 1:200 or 1:100. At customer plan issued of two types: on the drawing paper (three copies) and one copy in electronic form, which the customer receives on the flash drive. If the flash drive is lost, the site plan can be found on the Google Earth map. Except plan our company LLC "Guild Engineering" are digital pictures of the site. Topographic map will be useful for further geophysical survey; it's possible to vykovyrivat master plan. After the above primary works, the customer should settle the matter over a plot of land with the company to negotiate and legitimize the state further work on the site. These are:

If you receive a passport on a plot of land in cadastral company, then government recognised the plan of your site. Geodetic works: making the boundaries of the land in the area is required if:

Surveying to render the boundaries of the site are to install an iron stake on the ground that to secure degaetano or filled with concrete. The imposition of boundaries in nature is held by 4 or more points. If the site no signs of permanent geodetic network, then the company's specialists will install a fixed geodetic point on your site, which is useful for carrying out further construction work. In establishing such geodetic points you need to follow some rules:

the Error made by our firm measurements of a small portion of the work – no more than 10mm. After surveying the bench marks in the area of us is drawn up, which lists all the points in a recognized coordinate system in the X, Y, Z. the carrying out of geodetic works at the site during the construction of the building allows you to associate real buildings with the future house, to connect to such essential utilities as electricity, gas, heating, Sewerage. This:

as will be completed the construction work in the house, it is supposed to hold the Executive survey. For example, when working on as-built surveys of utilities in the survey plan and introducing drainage systems, manholes and sewers, laying of cables, the point of supply. When a house is fully built, as directed by geodetic surveys, held Executive survey of the entire building, it is important all the way up to the height of the parapet and the roof ridge.

After the completion of construction works in the house, geodetic works are not finished – still need to follow the shrinkage of the house. Now you can be sure that surveying work can and should be enjoyed in the company company "Guild Engineering".