to start the construction of a private house or a new enterprise, you first need to explore the surrounding area by using geodetic surveys. of Surveying is a complex of works, after which we learn the terrain of their area, the height of any point above sea level on the site boundary of the parcel and the total area. Our company LLC "Guild Engineering" can do for You surveys. You should make an order and we will call You and agree on the price and the work that interests you. 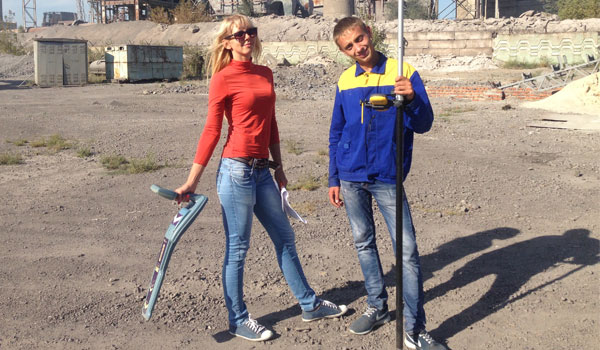 surveys you can do in small, large and mega scale. Small scale survey (1:10000 and 1:25000) in engineering geodesy is almost never needed. And geodetic survey of large and mega scale is widely used in front of the planning and construction of private houses and public enterprises.

ultra-Large scale surveys (1:200, 1:100, 1:50) need to conduct landscape design for small areas and large areas in densely populated areas with a dense network of underground utilities. With geodetic surveys in such a large scale take down every tree and Bush.

the Most common work among ultra-large scales is surveying the scale of 1:200 with contour intervals of 0.25 m Large scale allows to clearly display on the topographical plan of the house, terrain, underground and surface utilities, vegetation. The topographic feature of ultra-large scale plans is that these plans are not subject to any instructions and symbols. For the legend to take their own symbols, most importantly, to accurately show the situation on the ground.

the Situation when you might need topographic and geodetic survey:

Topographic and geodetic survey implies the following set of operations:

it is easiest to conduct a geodesic survey of the site on flat terrain without buildings. And hardest of all survey operations are conducted in areas occupied by industrial enterprises, factories, workshops and stores.