To be made the geological map, the efforts of the collective people. For delineating the area within which they will perform works, hope the routes and indicate locations of outcrops, sinking prospecting, sampling and applying other information will need to survey the material. the Geologic map appears after a study of outcrops, examination of rocks in the quarries, data mapping drilling and other work. To decrypt the structures involved aerial. In parallel can be metallotechnica and radiometric survey. When metallogenically (geochemical) survey soil samples are taken via the prescribed distance, and radiometric survey is performed by measuring radiometer background radiation. All data collected in the field during the off-period undergo a thorough study and analysis. Selected samples were subjected to laboratory analysis on the content of various chemical components. The facts are shown on the map. 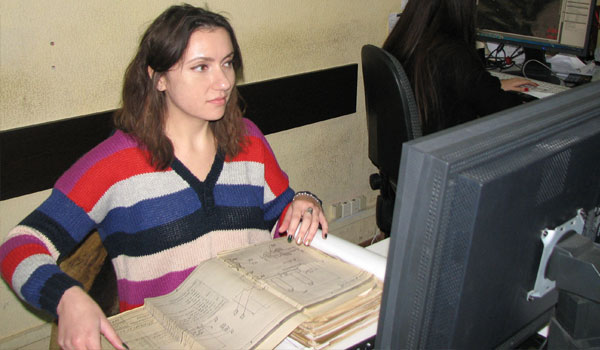 Geological map reflects the development of different rocks. Geologists read a map through a color background and the shading. The map typically shows the surface without Quaternary deposits. Geological map accompanied maps showing tectonics, sediments of the Quaternary period, hydrogeological conditions. Geological maps of Ukraine have different content. The map of geomorphological structure of Ukraine shows accumulative and denudation-accumulative plains and mountains. The limits of the maximum distribution (Dnieper) glaciation and the mid - and upper Pliocene marine transgressions. It also shows such forms of relief as salt domes, bowls, cones of ancient volcanoes, eskers, caves, heaps.

Geological map of Ukraine serve as a source of information for making decisions on planning the territory of Ukraine. According to the results of environmental studies a map of the environmental situation and state drinking waters of Ukraine (scale 1:2 500 000). Environmental assessment of air and soil, the zones of conditionally clean, polluted, very polluted and extremely polluted. There are also identified areas of radioactive contamination, pollution of surface and groundwater and of pollution of the sea.

Geological map of Ukraine presents the map of Quaternary deposits. It can be seen as widespread within Ukraine and mesopotania the loess soils. Within Ukraine explored a huge number of mineral deposits. In addition to General on Ukraine overview map, which shows deposits of non-metallic, fossil fuels and metals, there are maps of larger scale individual areas and detailed maps of fields. In the Kiev region created an interactive map of granite deposits for production of crushed stone and building sand deposits. It is printed on all the studied fields, which are exploited and those that do not yet have owners.

Geological map of Kiev are often written for use in engineering Geology. Map of flooding in Kiev it is possible to determine the maximum level of flooding of the territory on the map of Kiev shows soil contamination of soil with cesium, mercury and lead.

Accumulated information and new concepts of the geological structure and development of the earth's crust require updating previously created geological maps. If You need a geological map of any region of Ukraine or Kiev geological maps of any scale, please contact the company LLC “the Guild Engineering”.