Geology for the design of linear structures

Geology for the design of linear structures is characterized in that the extended areas. Done geological forecast for the entire route. The work begins with the issue of technical specifications. On the five hundredth topographic plan of scale should be applied to the track. Geological surveys preceded by a topographic survey. The cost of the work is the sum of the length of the track, the design stage, the complexity of the Geology of the route. Geology for the design of linear structures begins with a preliminary examination of the land, permission to survey, and drilling operations. Some tests are conducted in the field. The samples processed in the laboratory. Studied in detail the terrain. It is also important to have an understanding of seismic and tectonic conditions of the area. It is important to predict the change of geological conditions for the future. After writing the report is under examination. 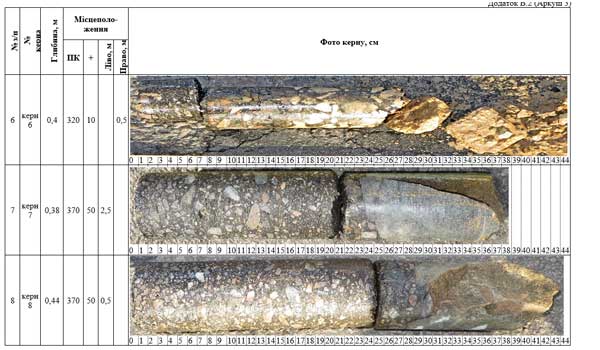 Geology for the design of water supply systems is to find the most optimal path for hope water. For this, we first need to study the Geology of the proposed route on archival materials. The area studied in detail by remote sensing – if extended linear structure. A detailed study of topography is also conducted with the purpose to avoid complications due to low permeability or strong land developing areas. Then the routes are laid. The main stage are drilling, sampling. Carefully studied dangerous processes, the structure of the soil. Often used in Geophysics, especially seismic exploration methods. The number of wells depends on the length of the object stage of the project, the complexity of geological conditions, from how much and how often the track is bent. Geology for design of water pipelines must include a forecast of development of dangerous processes in the ground for the future. Prepared geological report that the designers use for the design.

Geology for design of the sewer is carried out to estimate the slopes. At the design stage can be used in Geophysics, can be tested in the field; examines the groundwater and predicts the possible changes of geological, hydro-geological conditions; determining the strength of soils. In places of occurrence of natural obstacles, is a more thorough study. The detail of the study depends on the stage of the project. The beginning of works is preceded by a reconnaissance survey. The survey is written explanatory note. Geology for the design of sewage is also based on the study of archival records before you begin the field work. The bandwidth of the route usually take from one hundred to two hundred meters. The distance between holes is taken one hundred to three hundred meters. Drilling depth should be one-two feet below the estimated depth of the pipeline. And one or two meters below the depth to which the soil freezes. According to geological report, the designers develop the technical project.

Geology for design of the pipeline must be performed regardless of the length of the track. Initially the route is plotted on the survey plan. Studied the terrain, the possibility of installing a drilling rig on the working platforms. Also topographic base allows you to estimate the amount of work. On toplane should be plotted the hope of underground utilities. Wells are drilled to depths of two to four meters depending on the characteristics of the object, the complexity of the Geology of the area. The distance between workings from two hundred to three hundred meters along the projected route. Additional drilling is conducted in areas of the complications, the intersections of roads, rivers, embankments.  the distance between the wells depends on the type of track and the complexity of the terrain. The harder, the less the distance. In simple terms the distance increases. Geology for design of the pipeline at the last stage ends with the writing of the report and the protection of its expert commissions.

Order a geological study of linear structures in the company LLC "Guild Engineering".