Geology and geodesy in the Shoe

the Studied area in the administrative plan located on the South-East of Dnepropetrovsk region, in three and a half kilometers from the right Bank of the Dnieper. Through the village flows a tributary of the Dnieper, which divides. In the village there are three small lake, associated with the tributaries. This indicates shallow groundwater clay, loam soil that hold water. Natural relief is significantly changed by human activities, resulting in the formed small hillocks. Basically the terrain is slightly wavy. Elevation within 95-110. 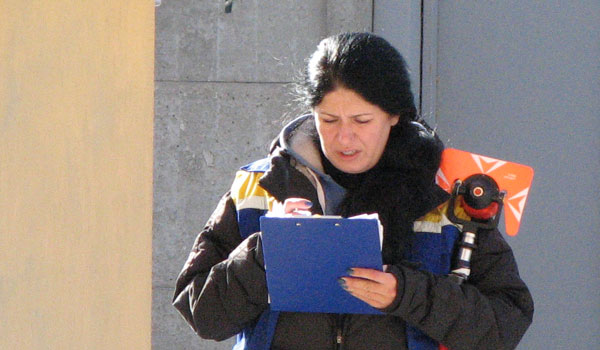 the Geology of the site the lady's Slipper is determined by finding within the Dnieper upland. In geomorphological terms this Gulyaypolsky accumulative dissected loess plain in the larger province Zaporozhye plains Precambrian and Neogene base. In tectonic terms the site is located in the Southeast of the Ukrainian shield. River network is dedicated to ancient sediments of the Dnieper granite granite complex. In the rest of developed lower and srednevekovye gray-green and variegated clay. Quaternary sedimentary rocks have low power. Therefore, the native clayey sediments serve as a seal, on which are formed the reservoirs.

Geodesy Boots is the survey of the site and adjacent areas before leaving the drill crew. For survey works need a topographic map for planning excavations, to be able not to hurt underground pipes and cables. If you have problems with the locating of the site is the removal of the boundaries of the Slipper.

the plot is in the distribution of alluvial sediments of the floodplain of the river that pass in the loess sediments of the dissected loess plains. At the top lies a layer of soil, or bulk soil with a capacity of 0.6-1.1 m. They are underlain by loam pale yellow, firm capacity – 5.1 to 7.0 m Below lies the loess, representing pale-yellowish sandy loam with a capacity of 2.0 M.

Survey Boots is an integral, important part of geological work. And held when not carried out on the site before. Before leaving for drilling topoplan it is necessary to study the terrain, identify wells for drilling, mark the positions of the entrance of the drilling rig, the working platform.

Gidrogeologicheskikh the site belongs to the junction of the fractured waters of the Ukrainian shield and the Dnieper-Donetsk artesian basin. Free-flow level of the water appears at a depth of 7m in eluvial-deluvial loam, hydrodynamically connected with the waters of a tributary of the river. The Geology of the site the Shoe is characterized by the following negative engineering and geological conditions – the presence of subsidence of loess rocks, which show subsidence properties if you have any additional load. The study site by natural causes is to flooded. During heavy rains, intense snowmelt, man-made leaks, the water level can rise by about a meter.

the Foundation should lay upon special engineering training. Otherwise the base may be deformed unevenly. Such training consists in layer-by-layer compaction of soil cushion, as a result improve the construction properties of the soil. Also requires a set of measures that provide protection against additional moisture. Otherwise, the bottoms are unevenly deformed. These measures consist in the arrangement of blind area around the construction, engineering preparation of soils, reliable waterproofing of an underground part of the building.

In the ravine area of widespread activity, therefore dangerous building close to the slopes. For seismic conditions the area belongs to the 2nd category. Complexity of engineering-geological conditions also applies to 2 categories. Topographical survey of the Slipper at the end of the work necessary to skoordinirovanno well. After carrying out geological works, the project development object is the takeaway boundaries Slipper.

the Company LLC "Guild Engineering" holds geological study at all stages of design and construction.