Geology and geodesy in borshchahivka

Borshchagivka geomorphologically located on the Transnistrian upland, on the territory of the Kiev Board. The relief is plain, dissected by ravines. Tectonically the area is tied to the Northern slope of the Ukrainian shield on-site maximum propagation  of the glacier. Through Borschagovka the river Nyvka. 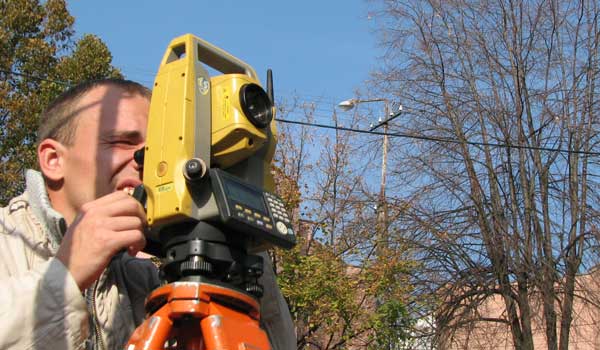 Surveying Borshchagivka, survey borshchagivka allow to obtain topographic maps and plans required as the topographic engineering Geology. The terrain, situation, buildings, structures and various communications. The topographic map helps to study the size, slope, location, networks, communications. Further on the basis of the obtained data can be the takeaway boundaries borshchagivka, broken Playground, defines the boundaries of the site. In the beginning of the research specialists of the company carried out reconnaissance of the area. Mark the sites for drilling wells. The field journal is the documentation of engineering-geological processes observed visually. Fixed the water level in the wells. On the basis of archival data, and preliminary survey Geology is formed borshchagivka for the design of geological works.

During the start of drilling operations surveying borshchagivka allows you to define the location of the site. the Survey Borshchagivka contains the data on the basis of which is the removal of boundaries borshchagivka within which to place the well. Marked underground utilities – not to touch them when drilling or movement of equipment. Geodesy borshchagivka also includes a survey of the coordinates of the drilled wells. On the basis of the digital data by the field survey, wells, mine workings and based on the attached geological maps we can model the geological model, spatial distribution of natural hazard processes.

Geological section of the site represented by the following breeds, ranging from top-down:

Borshchagivka is located on the border of two genetically different types of rock. Geology borshchagivka is characterized by the fact that the East developed on loessial rocks with fossil soils, underlying moraine, loam, sand. To the West distributed in grain Sands with inclusions of small boulders, with interlayers and lenses of silt.

By drilled wells can be judged on detailed geological structure to a depth of 6 meters. Under the loam homeservername (capacity 0.3 m) overlain by sandy loam solid with a capacity of 1.3 m followed by fine-grained Sands with various inclusions with a capacity of 1.4 metres below the coarse-grained Sands with capacity of 3.0 m To a depth of 6 meters were not detected in groundwater. The first aquifer (Poltava) is at a depth of 20-40m. The second aquifer (Bucha) is at a depth of 50-80m. Water holding rocks consist of sand, sometimes clay, clay, marls, sandstones. Unconfined aquifer in the Quaternary sediments can be encountered at a depth of 0-10m. Aggressive water – leaching. In waterproof Quaternary clays and loam can be formed bleak. Replenished with water from small rivers of rain, snowmelt waters. According to its characteristics is suitable for technical purposes.

the Depth of frozen silt, fine sand, loamy sand – 0.8– 1.2 m. the study site is not potentially flood prone. The earthquake belongs to II-III category. Complexity of engineering-geological conditions applies to the first category. As a result of visual observation not revealed karst, erosion, suffusion processes. Common in the Eastern part of the loess loam may have a collapsible characteristics – it is necessary to schedule activities for water drainage.

Geology of your site, you can order in the company LLC "Guild Engineering".