Geology and geodesy in Horenychi

Geomorphologically Gorenichi is within  the Transnistrian hill in Kyiv Polissya, with blurred Paleogene-Neogene base. The terrain is flat with rolling hills, dissected by river valleys. Tectonically the study area is located on the northeastern slope of the Ukrainian shield. At a distance of a little more than kilometers in the North-East flows the river Irpen, there are several smaller rivers, tributaries Irpin, several small reservoirs. 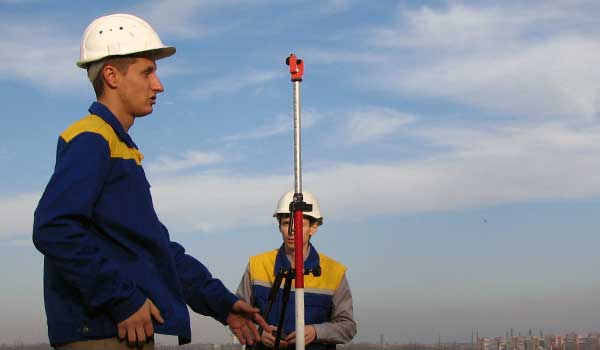 Surveying Gorenichi, survey Gorenichi are  the purpose of the compilation of topographic maps and plans for geological engineering surveys and design works. These data are digitized. Digital maps to study topography, slope, utilities. To digital enter the facilities of the drilling site. Before drilling is carried out the takeaway boundaries Gorenichi. Makes axis and the point wells location.

geological study begins with a visual examination. On the ground are carried wellheads. Field in the log record identified hazardous natural processes, the water level in wells, reservoirs and other necessary data. Geology Gorenichi at the stage of drafting allows you to choose BOO, the type, drilling depth.

Geodesy Gorenichi, survey Gorenichi during drilling are used for takeout, shooting wellheads. Thanks to topoplan we can see the various underground utilities that may be impacted during drilling, or transportation. After drilling surveying Gorenichi need to fix the actually drilled wells, or other mine workings. These data are digitized, added to them]. At its base creates a 3D site model, hazardous phenomena.

Geological section from the top-down:

Geology Gorenichi presents bedrock Kiev Suite, buried under Quaternary sediments. They are composed of sandy-argillaceous rocks with inclusions of marl. To the North-East they pass into  the lower, verhneportovaya gray-green and variegated clay. Within the site are alluvial sediments of the second terrace above the floodplain – grain quartz Sands, loams, silts, fresh-water marl. The width of the floodplain terrace of a little more than four kilometers. Within the site can date the layers with peat. They are a weak ground, before starting construction it is important to conduct studies of the soil.

According to the drilling beneath the topsoil (0.2 m) underlain by sand (2.5 m). Then there are Sands with admixtures - 3.7 metres below the Sands moist and water-saturated – 1.8 m at the base 0.2 m of water-saturated Sands. Unconfined water is found at depths of 6-7.8 m. the Power is due to the filtration of surface waters. The water bearing rocks – Sands. Aggressive water leaching. Water is not aggressive to concrete and iron. Hydrogeological conditions of the area are not simple. The site is potentially flood prone. It is not recommended to build a basement and it is necessary to provide protection from moisture.

Silty, fine-grained sand, sandy freeze to a depth of 0.8– 1.5 m In a seismic hazard area belongs to the II-III category. Complexity of engineering-geological conditions - can be attributed to the II category. This is due to the fact that the geological section has allocated 4 geobody. River network hydrography is well developed. The soils are found in layers of peat. There is a possibility of flooding.

Application for geological surveys can be done in the firm LLC "Guild Engineering".