the Village of Ingulets is Shirokovskikh area in the South-Western part of Dnepropetrovsk region on the coast of the river Ingulets. On the outskirts of the village there are numerous ravines and gullies. The relief is flat with a weak slope. The oscillation marks on the surface of the survey area 73-80m. The nearest settlements are Wide, Wide Country, Stepove, Nadia, Alexandria, rozivka, Novokalynove, Chervone, a Wide Valley, Poltavka. The steep slopes of river valleys in places outcrops of bedrock. During snowmelt and intense rains gullies and ravines actively eroding atmospheric waters. 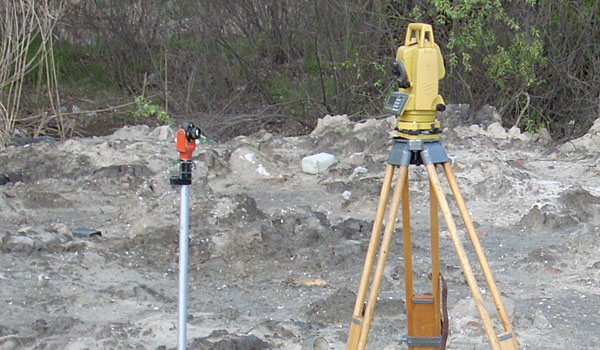 the Geology of the site Ingulets is characterized by complex precipitation the southern edge of the Dnieper upland Precambrian and Neogene from the base. Also begins here and stretches to the South of the black sea loess accumulative plain with Neogene base. It seems that the river network has a direct connection with ancient tectonic faults. Under alluvial sediments, a little North of the village, lie the granites and plagioclase migmatite, Krivoy Rog sedimentary-effusive series. of Surveying Ingulets is an important part of survey work and carried out at different stages.

On the site within river terraces deposited nizhneportovaya Sands, sandstones, marls, clay, limestone. On the other area common srednedushevye tier of Pontic sediments – Sands with interlayers of gravel and clay. The height of the slopes of the valley of the Ingulets 25-35m, slopes are steep, sometimes gentle. The valley is often cut gullies and ravines. the removal of the boundaries of the Ingulets mainly related to construction works, but can be used at the design stage for planning drilling points.

the survey area is overlain by top soil - intercalating grayish brown and brown sandy loam with interlayers of Sands of different grain size, Gumushane, up to 1.0 m. the Yellowish-brown sandy loam with gravel, shells, pesocani, slightly wet, opened with a capacity of 2.75 m. followed by the same sandy loam, but water-saturated, with established capacity of 1.25 M. Black loam, silt, magkoelasticna, with inclusions of gravel, shells, opened with capacity of 3.0 m. Light-brown loam, firm, with carbonate sand, the exposed bed thickness of 1.5 m. Ingulets topographical survey is performed to obtain the topographic maps for survey work.

Within the settlement developed alluvial deposits of floodplain terraces and deposits of the first and second undifferentiated terraces. In the rest of the weak loess loess plains with capacity of 20-30m and settling 15-30cm. Lithology of this light, middle and heavy loam.

the Geology of the site Ingulets is generally characterized by complex engineering-geological conditions. Developed ravines, gullies, collapsible soils, weak soils of floodplain terraces. Area potentially flooded. The first unconfined aquifer was recorded at a depth of 3.75 m in olovo-deluvial deposits. Under worst-case conditions, the level may rise to 1.0 m. Survey Ingulets may be conducted prior to surveys, and may be issued together with the technical specifications. The soils on the seismic properties belong to the third category. Winter fine and silty sand, sandy freeze to 0.93 m. the Loam and clay – up to 0.76 m.

Weaken the construction properties of soils contained in section magkoelasticna loam with plant remains. Before laying the Foundation of these soils must be pre-prepared in order to avoid uneven deformation of the base. Construction properties of soils are improved by ramming or other means. It is also necessary to provide protection measures soaking of the soil, to provide reliable waterproofing.

For the given conditions it is possible to use shallow foundations: strip, bar, tile. Strip Foundation is used at low loads, can be laid in the dense loam of the second engineering-geological element. The sole Foundation deepened below the depth of soil freezing. Soil previously removed. Before construction work is carried out the takeaway boundaries Ingulets.

to order a land survey, topographical survey and geological study of soils you can contact the firm LLC "Guild Engineering".