Geology and geodesy in Ishmael

the City of Izmail is located on the left Bank of the Danube, 80 km from the Black sea. The land is almost equal, the differences of absolute marks in the range of 17.0 m Geology of the land Ishmael precipitation characterized by two geomorphological regions of the border. The Western black sea loess blokowanie Romanian plain and the Delta plain of the black sea within accumulative plains with loess Neogene base. In tectonic respect the area belongs to the intersection of Pradapurses deflection and Dobrudja – is a small fold-thrust structures. 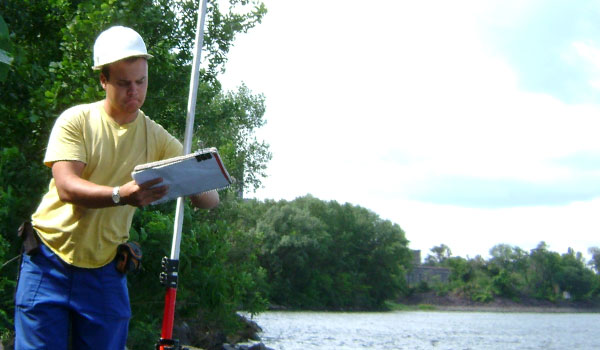 Surveying Ishmael before the engineering survey provides the topographic filmed with outbuildings, underground and above-ground engineering structures, terrain. During the reconnaissance survey studied the topography, slopes, outcrops mountain visible layers. Documented proceeding geological processes. To determine the location of the mouths of the wells is the removal of the boundaries of Ishmael.

Complicated engineering-geological conditions of the area are subsiding soils - loess-like sandy loam and clay loam geobody. Their subsiding properties was confirmed by laboratory studies. Area of research relates to virtually nepotoplyaemyi by drilling data. Hydrogeological map of the location depth of the first horizon of unconfined groundwater from 0 to 15m water possess General aggressiveness.

the Geology of the land Ishmael is characterized by the average complexity of engineering-geological conditions. In the process of construction may overcome some adverse engineering geological processes and phenomena. Also they can be activated in the process of operation of the house. In the design should pay attention to subsidence of ground. If the Foundation in soils with such properties without subsidence preliminary engineering – this can lead to uneven subsidence of the Foundation, can occur deformation of the building in cases of uneven wetting of Foundation soils.

Survey Ishmael allows you to solve some geotechnical problems. Topographic plan it is possible to trace the spread of river terraces, you can calculate the angles of the slopes, to see the location of the floodplain of the river.

Under seismic conditions soils  belong to the third category. Protective measures associated with these soil types include: vertical layout, which allows easy removal of excess water after technical failures, heavy rains, melting snow. Pre-engineering preparation of the land can reduce or completely eliminate uneven deformation. Data for ground conditions it is possible to use shallow foundations. To start construction, you must produce removal of the boundaries of Ishmael.

the Company company ", GeoTop Engineering" performs geodetic and topographic work as well as pre-project geotechnical studies. Such surveys you can order and during the period of operation due to complication of geotechnical conditions.