Izyum is located in Kharkov region, on the left Bank of the Seversky Donets. The riverbank is gently sloping floodplain has numerous oxbow lakes, lakes, swamps. The riverbed is winding, with many shoals, rapids, rapids, rubble in the middle reaches. During the spring flood (February-April) the water rises from three to eight meters. The absolute marks of surface in the survey area vary in the range of 72.0 - 76.0 m. the Surface of undifferentiated, with a weak slope. The nearest settlements are Dibrova, Kapitolovka, Chervonyi Oskol, Donetsk, Spasovka, Small. Komyshuvakha, Glencoe, Nikolaevka, Brigadirovka, Funny. 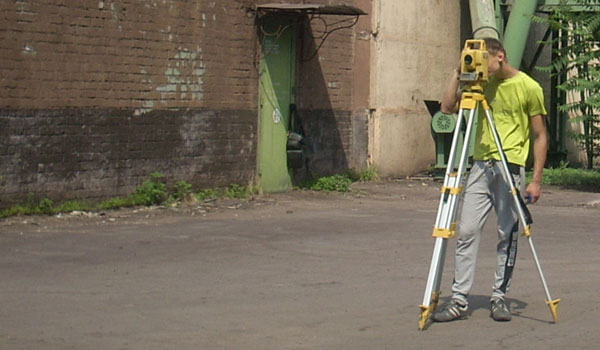 the Geology of the site Raisins is composed of precipitation within the border parts Severskodonetsk dissected terrace plain, which is part of a larger structure – the South-Western spur of the Central Russian upland. Begins just South of the Donetsk erosion denudation of the hills of the Hercynian folded structures. In tectonic terms it is the South-Eastern Dnieper-Donets basin. In the area developed a complex set of prequaternary sediment, represented by the islets Srednerussky Sandstone, clay, mudstone, salt. Interlayers of variegated lower Triassic – clays, sandstones, Sands. Upper Triassic clays, sandstones with interbeds of coal. Directly to Raisins. the bedrock is represented by the middle Jurassic clays, limestones, sandstones. of Surveying Raisins is ordered to obtain a topographic site plan with all buildings and communications.

Raisins is within the alluvial floodplain terraces of the river, the first and the second floodplain terraces composed of sandy sediments. For the rest of the  characteristic messopotamia middle and heavy loam available for capacities of 10-15m, settling up to 15cm. The layers are almost horizontal, slightly oblique, sustained in power by the strike. The removal of borders Raisins helps to determine the location of the site in cases where there is no obvious landmarks (street, cross streets, smokestacks, etc.).

During drilling groundwater found at a depth of 3.7-4.0 m in Sands. An aquifer is an outdoor, gravity-flow. Food by precipitation. The discharge of water in the river Seversky Donets. The area of study classified as potentially flood prone. Underground water do not possess corrosive properties. Variegated water (bicarbonate, calcium, iron) with low mineralization up to 1 g/L.

the Geology of the site the Raisins very difficult around the coast of the Seversky Donets and its tributaries are widespread ravines and landslides, especially at the bends, steep slopes. Also among bedrock contains layers of limestone, which may be associated with karst processes. Floodplains are very unreliable for construction. Topographical survey Raisins can be included as part of the survey, if hasn't been done before. According to standards the depth of soil freezing in winter conditions is: fine-grained sand, sandy – 0.97 M. Clay, loam – 0.79 m.

Bulk soil first geobody does not have Mature properties, contains debilitating properties of organic impurities and cannot be used as the basis of the designed structure. Due to the proximity of water pipes, various communication systems, we cannot exclude the possibility of technical accidents and water leaks. This should be considered during the design. Small Sands the second layer susceptible to frost heave, the Foundation should be placed below the frost depth. It is necessary to provide waterproofing. the Removal of borders Raisins is necessary to accurately determine the location of the buildings on the ground and construction started.

the Company LLC "Guild Engineering" can spend all kinds of surveys and geological studies of soil for the site.