Geology and geodesy the Kiev district of Odessa region 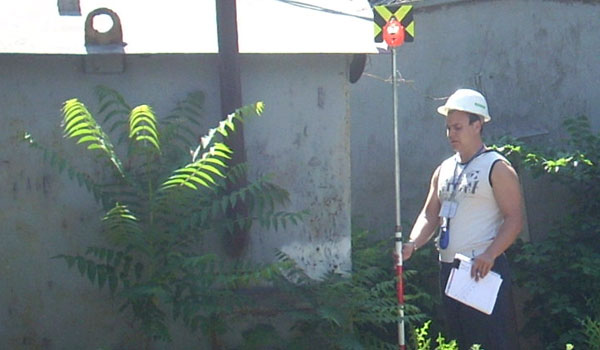 the Geology of the site of the Kiev district of Odessa region presents srednevekovye deposits of the Pontic layer, Pliocene calving – clays, limestones, Sands, silts with a total capacity of 34m. Under Quaternary sediments throughout the area are found almost exclusively on these deposits. Only on the Black sea coast in the suburbs. White Fountain local island appear fat meoticheskogo tier – Sands, clays, limestone, siltstone, with a total capacity of forty-seven meters. The rest of the site deposits meoticheskogo tiers are blurred, they overlie deposits of the Pontian tier.

Geodesy the Kiev district of Odessa region includes topographic, geodetic survey, providing various kinds of investigations, design work and more generally in the period of construction. The terrain is gently sloping towards the sea. Some slopes are quite steep coast (regional North-Eastern part). On the Pontian sediments were deposited tier pasearse aaloo-deluvial sediments, forming a plain power up to first tens of meters. Plain slotted gully network and estuaries, on slopes where the thickness of Quaternary precipitation is insignificant and can bare the bedrock of Neogene age.

take-away borders of the Kiev district of Odessa region may be necessary during the preliminary study of engineering-geological conditions of the site, examination of the terrain. At this time there are difficulties with determining the exact location of the site.

On the map of engineering-geological conditions of the district are not assigned to dangerous areas on the water content.  For coastal characteristic of these landforms, which formed by sea wave activity and gravitational processes. This marginal ledges, slopes. Almost the entire coast is covered with engineering structures to protect from landslides, in order to suppress the shock waves. Reclaimed artificial beaches, built drainage systems, retaining walls. Through these activities achieved the stability of slopes.

Survey of the Kiev district of Odessa region allows you to get topoplan terrain with the terrain, all buildings and structures and engineering communications.

in Addition to the spread of such dangerous processes as erosion, landslides, flooding with limestones and marls of the Neogene age can be related to karst processes. Are dangerous and ancient abandoned mine workings, catacombs in the limestone. The surface of the earth above them susceptible to sagging, which is dangerous for buildings and structures. Also prone to sagging areas, which can be wetted collapsible loess soils. Therefore, the Geology of the site of the Kiev district of Odessa region is extremely complex. To search for an abandoned underground mine workings, catacombs, good results can give the method geolocation.

All these types of jobs you can perform firm LLC "Guild Engineering".