Geology and geodesy in Kropivnitskiy

Kirovograd is situated within the Ukrainian crystalline shield, in the confluence of R. Skogley in the river Ingul. There are also a number of streams, built two reservoirs. The mark of the earth's surface at the site ranges 121.0-122.0 m. the Topography in the town is partly flat, partly undulating, dissected by river valleys, canyons, gullies. The amplitude of the dismemberment of about eighty meters. The valleys of the rivers changed from wide to narrow, canyon-like with steep, rocky banks. 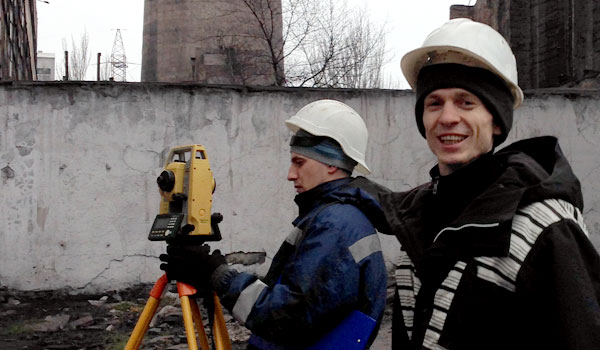 the Geology of the area Kirovograd caused by finding land on the Ingulo-Inguletsky accumulative dissected loess plains, within the larger structures – the Dnieper upland on Precambrian and Neogene base. Within Kirovograd Quaternary sediments rest directly on granites and migmatite microcline-plagioclase porphyroblastic. To the North and East of the town appear and verhneportovaya precipitation medium. On the South and West nizhneportovaya precipitation.

Surveying Kirovograd is part of engineering surveys. Survey conducted for the compilation of topographic terrain, location of buildings and structures of various communications. Before leaving to the site area being studied, conducted reconnaissance survey and documentation of rocks and occurring natural processes. The place for drilling is planned once implemented the removal of the boundaries of the Kirovograd.

In rivers are widespread alluvial deposits of floodplain terraces of Holocene age. Then there are alluvial deposits undifferentiated first and second terraces of verkhnetroposfernogo age. In the rest of the developed aaloo-diluvial sediments represented by such lissopogonini rocks, as light, middle and heavy loam with a total capacity of 20-30m. In the Northern and Eastern part of the city settling loams 30-50cm, on the South and West settling 15-30cm.

Survey Kirovograd allows us to put the wells at the site, and after the completion of the field work was to capture the coordinates of the drilled wells. The results of the surveying, mine workings are recorded in digital version and allow you to create a geological 3D model with layers of rocks and volumetric change of soil properties. You can also model the flow of geological processes in the future.

According to geological surveys, the site is potentially flood prone. The ground freezing depth in winter: sandy loam, fine Sands and silty – 0.99 m; gravel sand, large and medium – 1.06 m; clay and loam – 0.81 m. the seismic properties of the area refers to the 2 or 3 categories. Because of the water content of bulk soils complex and complexity category can be attributed to the second group. Soil, loam homoserine cannot serve as a basis of foundations are recommended for dredging. Due to the risk of flooding it is recommended to use the waterproofing. The depth of the Foundation base must be greater than 1.5 m. you Need to plan a waterproof event, waterproof application pavings, to plan the path of removal of atmospheric water into the stormwater drainage. For these conditions the natural base of the Foundation Sands may be fine after pre-compaction.

After completion of survey and preparation of the project before construction work is carried out the removal of the boundaries of the Kirovograd.