Geology and geodesy in the Kominternovsky district

our experts Investigated the site is located in the village of Sychavk, Odessa region, Kominternovsky district. Nearby locations: South, Koblevo, Hryhorivka, Bellary, New Balaram, Voronovka, Buldynka, Vizirka, Koshary, Libopal. The uneven terrain, elevation changes of about 1.5 m On the construction site are slopes of the reservoir. Nearby are the small and significant bodies of water. The Black sea is about two kilometers. On the tectonic map is the black sea basin. 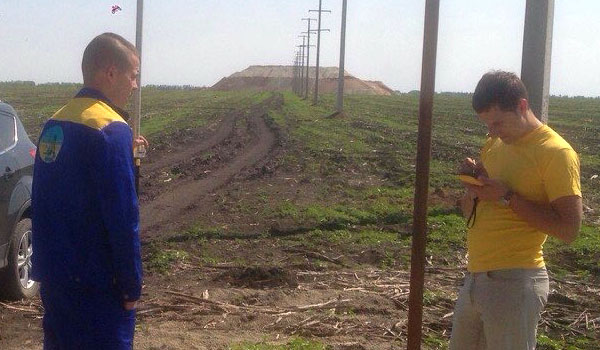 the Geology of the site Kominternovskiy district is composed of sediments within the geomorphological structure of Dnistrove-bug undulating loess plains, parts of the black sea accumulative loess plains Neogene base. The middle Miocene is made up of sand, limestone. The upper Miocene – black clays, changing them on top of sandy-clay sediments. Even higher they are mixed with limestone of the Sarmatian layer.

the Black sea Coast, the slopes of the valleys of tributary rivers and their tributaries are abrasive-accumulative landslide. Almost the entire coast are developing  landslides and gullies. In addition, since last century has seen the systematic rise of the groundwater table. The Neogene aged limestones are carbonate rocks and exposed the caves. The Geology of the site Kominternovskiy district in complexity of engineering-geological conditions belong to the third category. The district belongs to the black sea artesian basin. The study area classified as potentially flood prone. The depth of freezing of loam, clay – 0.5 m of sandy Loam, fine grained, silty sand 0.6 m. the seismic properties of the soils belong to the third category.

Topographical surveying Kominternovskiy district may be used for land management works to capture the reservoirs for hydraulic engineering works and monitoring works. There is a possibility of the process of flooding after the construction of the buildings. Can be formed separate local areas that can be flooded.

Potentially dangerous is the possibility of development of flooding processes. The water level can rise above the level of the various communications. If hydrated second collapsible soils engineering-geological element – will be degraded physico-mechanical properties. Reduced deformation indicators – soils will start to fall. To prevent such hazards should include activities to eliminate seepage from watercourses, to organize the removal of atmospheric water in storm drains outside of the designed object. You need to consider the slope of terrain when designing drainage.

Soil layer has poor construction properties due to the presence of organic impurities, because of the depth of freezing in the winter, due to the fact that it has weak durability. Therefore, it cannot serve as the Foundation bed. Take it pre-loaded. The Foundation base should be deepened below the frost line of the soil. If the load on the Foundation is small – recommended for strip foundations.

Before you can erect a building, essential the takeaway boundaries Kominternovskiy district.

a Request for geodetic, topographic and geological features you can do in the company LLC "Guild Engineering".