Village shops is located on the coast of R. Since (a tributary of the Psel). In the East of the village the river forms the dam. Also near the village is another tributary of the Psel – R. Grun-Tashan'. On a topographic map the area belongs to the Poltava plain. The nearest settlements: Semerenki, Savintsev, Maaliki, Ore, the Decembrists, Khomutets, gogolevo, the Main, Shishaki, Areski. 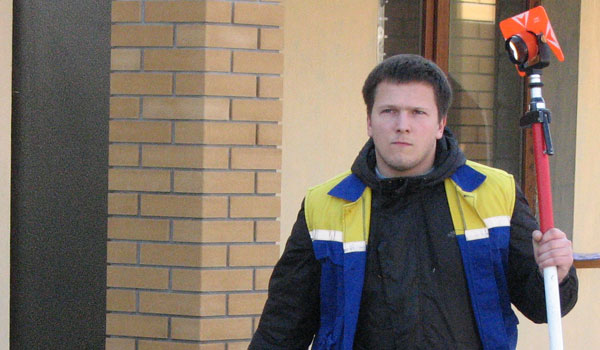 the Geology of the site shops consists of sedimentary rocks of the border of two geomorphological structures. In the East it is the Poltava-Karlovka weakly dissected loess plain. In the West it Romny Myrhorod dissected plain with eye-catching on the surface of salt structures. These two structures belong to the larger of the Poltava accumulative loess plain with the Neogene-Paleogene base. In tectonic terms the area is located within the Dnieper-Donets basin. Quaternary sediments are located on verhneportovaya quartz-glauconitic Sands of the Kharkiv retinue.

Geodesy shops before geological researches are conducted to obtain topoplan areas. On toplane planned geological and engineering studies, the design of the proposed building or structure. For planning of exploration wells is the removal of the borders shops.

Quaternary sediments in the territory of the village are composed of alluvial deposits in the floodplain terraces, alternating alluvial sediments of the first terrace above the floodplain. In the rest of the widespread undifferentiated fluvioglacial and lacustrine deposits of the dissected loess plains. At the site for the drilling results identified the following layers. Go on top of the loam homoserine capacity of 0.9 m. the Loam hard, subsiding, with a capacity of 2.3 m. the sandy loam loess, solid, subsiding with a capacity of 4.8 m.

Survey of Kovalevka can be ordered to obtain the topographic maps the study area for the purpose of further construction, land surveying and other work. The study area is not classified as potentially flood prone. In winter the soils freeze in average 0.8 m, maximum 1.5 m. the seismic safety of the territory assigned to the second or the third categories.

the Geology of the site Kovalevka complicated by the presence of subsiding lesopozharnyh rocks. Their average settling 15-30cm. Average power lesopozharnyh sandy loam, light and middle loam is 20-30m. In parts of the floodplain riverbeds widely developed landslides. Just South of good is expressed in relief salt structure of sub-latitudinal strike. The area assigned to the second category of complexity of engineering-geological conditions.

After survey is Kovalevka, obtain basic data for engineering-geological works. Drilling data allow to judge about the structure and layers of rocks, their characteristics, their suitability as the basis. But these data still need exactly map to the terrain. To do this, and are topolany. Based on topographic data it is possible to predict changes in the properties of the layers at a distance and with depth. You can predict their behavior over time, as a result of various loads, as a result of the rise of groundwater levels, or soil moisture from above.

the First geotechnical layer is subject to excavation, it cannot be used as the basis for foundations. Subsidence properties of soils eliminated by compaction, consolidation. By changing their natural patterns. As a result, these soils become nepreodolim, improve their deformation and strength characteristics. Common techniques such as the device ground cushion, the use of heavy trombulak. The site is located in the area of distribution of chloride thermal waters with temperatures over 20 degrees. First gravity the water level is at depths of 10-15m, depth decreases near riverbeds. the removal of the borders shops necessary to establish the exact location of the object on the ground.