Kozelets according to the geomorphological zoning is within the limits of Chernihiv Polissya with Paleogene base. Within his smaller structures – the Dnieper-Desna alluvial terrace plains.  On the right Bank of the Oster river, a tributary of the Desna. There are also several small ponds. Tectonically confined to the North-Western part of Dnieper-Donets basin. 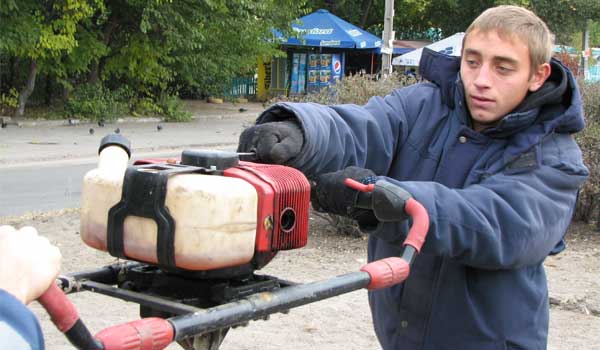 Survey Kozelets begins at the stage of reconnaissance work. Also performed a visual inspection of the area. Are being shot all residential and non-residential properties of all communications. Initially you are binding phase, the takeaway boundaries Kozelets. Pre-planning drilling wells. Preliminary Geology of the site consists of Kozelets visual inspection of the area. Study and documentation of the detected processes of endogenous.

Geodesy  Kozelets at the initial stage is the removal of the mouths of wells for drilling. Previously, these wells were marked on a topographic basis. It also recorded all underground utilities that may be impacted during drilling and transportation. After drilling geodesy  Kozelets is as-built survey for fixation of wells actually drilled.

the Geology of the site  Kozelets for the Dnieper-Donets basin is characterized by variegated Permian clays, limestone, dolomite, gypsum. Triassic sediments similar, only there is the marl. The most common Paleogene Sands, sandstones, marl and clay. The upper part of geological section form the alluvial and water-glacial Sands, clayey sediments of the moraine, Aeolian loess-like loams. Topographical survey Kozelets helps to create an electronic map to which you bind the data on Geology.

Seasonal ground freezing depth is 0.8-1.5 m In a seismic hazard area belongs to the II category (five-point scale). Complexity of engineering-geological conditions the area belongs to the II category of complexity. On the surface do not appear dangerous geological processes. Complicate the construction of collapsible loess-like sandy loam and clay loam. Before you lay the Foundation you need to fix these sagging properties. Under normal load conditions, the settling soil are not manifested. When water-saturated sandy loam (IEG 3) deliquesce, worsen their deformation properties. When constructing the foundations in such soils it is recommended to prepare the surface – a dirt bed of local soils.

During the design process it is necessary to provide a water-tight event – planning platform, the mode of movement of water after the rainy season, construction around the construction of the blind area width from 1.5 m for the smooth movement of water in runoff water. For IEG 4 recommended arrangement of the slag pillows from crushed igneous rock, or compacted blast furnace slag.

In the floodplain of a tributary of the river Oster widespread deposits of peat. This weak soils for construction. It is necessary to provide engineering protection of soil.

To find out all peculiarities of the geological processes on your site, investigate the properties of the soil – you can order through the Geology of the specialist LLC "Guild Engineering".