Kozin is confined to the Dnieper alluvial lowland in the composition of the middle Dnieper plain to the base of the Paleogene. In tectonically located in the North-Eastern outskirts of the Ukrainian shield. The site is located in the floodplain of the Dnieper river, through the town flows the river kozynka. Much of the territory is covered with tributaries, oxbows, ponds. The terrain is flat, low, moist. Before leaving the drill crew the company's specialists carried out a reconnaissance of the terrain. Plan places to drill wells. Geology Kozin at this stage includes the documentation of outcrops, ponds, superficial external manifestations of dangerous natural processes. Measure the groundwater level in a nearby well or surface waters. 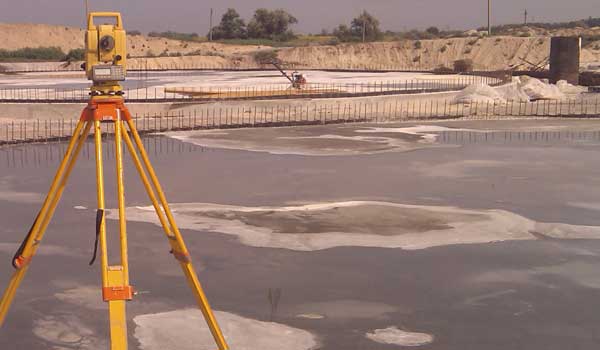 Surveying Kozin begins with the binding site on the ground. Carried out topographical survey Kozin. Topographic basis necessary for design work. The survey is carried out prior to drilling. Removed all the change in terrain, construction of the settlement, the utilities. During Desk work, all is logged on a digital map. It outlines the contours of a future home, future communications, wells for drilling. At the check-out is necessary the takeaway boundaries Kozin for location of wells along the axes of the building, not to go beyond the plot. The number of wells, drilling depth, method of drilling, method of sampling depends on the complexity of the object and the complexity of geological conditions. In the case of poor choice of initial location for construction may again be need for removal of the borders Kozin. the Survey Kozin is required for land operations, creating topoplan site of hydrographic and other works.

Within the Dnieper river near the capital capacity of the whole sedimentary series up to the Archean and Proterozoic granites is about 400m. Within river terraces water erosion of the river eroded clays and Sands of the Neogene. Or their power is very low. Partially eroded Palaeogene sediments of up to Bucha Sands. A very large capacity of Jurassic clays – about 200m. Also in terms of the Jura there are weak layers of sand and Sandstone. Considerable power and Permian Sands – about 150m. Within the alluvial floodplain terraces, where the site, Quaternary sediments submitted by: the top soil (0.2 m), medium-grained slightly wet sand (0.7-1.9 m), fine-grained moist sand (0.4 m), water-saturated fine-grained sand (5.2 m), the water-saturated sandy loam (0.3 m).

Geology Kozin is complicated by the fact that the depth of the first groundwater horizon is unconfined 2-2.7 m. the water bearing rocks is quartz sand. The area is within potentially flood prone. Fine-grained, silty Sands, sandy loam when moist have plywanie properties. On blizlezhayshih territory developed gully network, landslides. On engineering-geological conditions of the plot to complex (category III). Seasonal freezing of soils is 0.8-1.5 m In a seismic hazard area belongs to the II or III category on a scale. Note that along the riverbeds of the large rivers were usually found deep tectonic faults. They can amplify even minor tectonic fluctuations. Can also generate local offset (rises, dropping large masses of soil).

Groundwater is not aggressive to concrete and iron. Under these geological conditions it is recommended that the pile Foundation. Sandy soils must be sealed a heavy trambovkami to the density of the dry soil. Building basements is not recommended.

Avoid all the unpleasant moments will help you a geological survey before construction. Such works can be ordered by contacting the Manager on the website of the company LLC "Guild Engineering".