the Geology of the site Krivoi Rog due to the location on the South-Eastern slopes of the Dnieper upland on Neogene and Precambrian basement, on the border with the black sea lowland. The site is located on the Ingulo-Inguletsky accumulative dissected loess plain. Tectonically belongs to the South-Eastern part of Ukrainian shield. Close to the land on the West and South flows the winding river Ingulets. In the North-West is Karacharovskoe  reservoir. River valley within the city is mainly V-shaped, steep slopes, height of 25-35m. In some places the slopes are gentle, rassechennye gullies and ravines. Floodplain width of 60-120m. The direction of winding, width of 40-60m. The terrain is dissected by numerous beams. The slopes of the river are steep in places out of the bedrock. 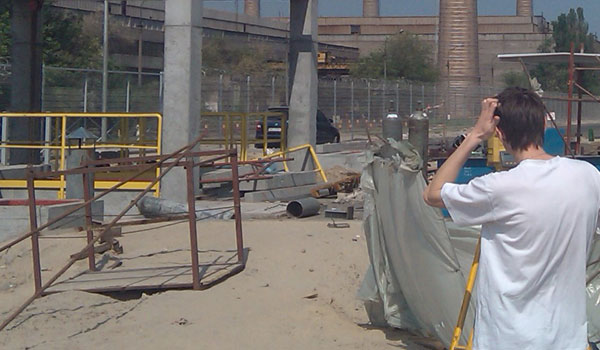 Surveying Krivoi Rog includes topographic surveying, reconnaissance survey. Based on the survey doing topographic map with plotted buildings, communications. Documented rock outcrops, ponds, springs, shown engineering-geological processes. Is removal of boundaries of Kryvyi Rih with the purpose of clarifying the places of wells locations.. Produced documentation of steep slopes, ravines, landslides, sinkholes. the Survey Krivoi Rog allows to construct a topographic basis for the conduct of geological surveys and to support further development. Before drilling are also analyzed archives, the previous reports on surveys in the vicinity.

the Geology of the site Manganese composed of indigenous nizhneportovaya precipitation Kherson horizon, alternating with lower Proterozoic granites and migmatite granodiorite composition, the ingulo-Inguletsky sedimentary-effusive series. The site is located on the border of distribution of alluvial floodplain deposits, undifferentiated precipitation of the first and second floodplain terraces and aaloo-delluvial precipitation. Precambrian granites outcrop in river valleys. Geological section updated by drilling data. On top is soil-vegetative layer with a capacity of 0.5-0.9 m (note that in Krivoy Rog and in the industrial surroundings of the city are widely developed technogenic soils with an average power of 2m). Below lies loess-like loam, subsiding, with a capacity of 3M. Then there is a loess-like loam, deprecatory, with a capacity of 2.0 m.

Groundwater is not opened to the depth of 8.0 m. Within the area there are two aquifer. The first unconfined aquifer is at a depth of 0-10m. Aggressive water – leaching. According to the data from the study area is not potentially flood prone. But we cannot exclude this option because of the proximity of the riverbed and reservoir. Important to bear in mind that the city has widely developed a process of flooding, ravines. After drilling is survey in Kryvyi Rih for the purpose of obtaining the coordinates of wells drilled.

the Category of soils by seismic properties - third. Intensive underground mining activities, formed an underground void, underground karst in carbonate rocks, unplanned drainage result in increased seismic hazard. Separate house sometimes shakes. Recently intensified the movement of rocks, shifted slopes, soils subside, arise flooding. Karst cavities occur as a result of water leaks from holding ponds; sludge. Scientists estimate that the total area of karst cavities can reach up to one hundred square kilometers. The city is on the site of deep faults with a depth nearly to the Earth's mantle. The city stands on 6 stone blocks of ancient crystalline rocks that split into smaller ones. Each block can move independently. Communication between blocks is negligible. A minor earthquake can cause them to break ties. Therefore, the engineering geological conditions are very complex – III category of complexity. They are still complicated by the presence of subsiding loess soils. the Removal of boundaries in Kryvyi Rih is carried out when a draft at home, when brought to the axis point.

In such difficult geological conditions before the decision on the construction of houses, cottages it is important to conduct a preliminary geological study. Geology you can enjoy in the company LLC "Guild Engineering".