Geology and geodesy in Kulykivka

the Village Kulikovka is located in the center of Chernihiv oblast, Northern Ukraine. The nearest settlements of Buda, settlement, Smolyanka, Orlovka, Drozdovka, Versaci, Fun, Kamilavka, klad'kivka, Kovchin. The absolute level in the range 118.0-119.0 m. on all sides the settlement is surrounded by small rivers, also in the locality a number of small ponds. 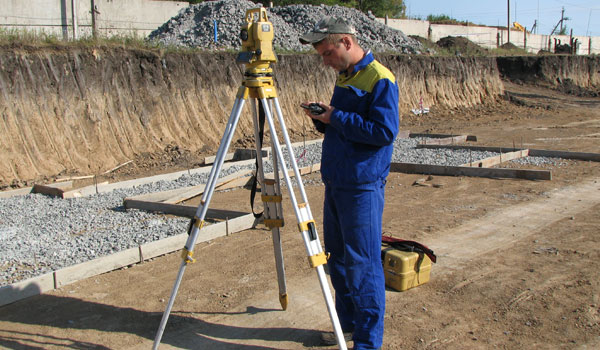 Surveying Kulikovka consists of surveying, the goal is the creation of a topographic base for research. According to drilling at the site revealed: the top soil layer consisting of dark brown loam, quasirandom, capacity 0.6 m of Pale yellow sandy loam loess, subsiding, power 3.4 m of Pale yellow sandy loam, loess, plastic to fluid, with a capacity of 3.2-4.6 m. the Removal of borders Kulikovka before the drilling required for fixing the boundaries of the site.

During drilling gravity horizon of water found at a depth of five meters. The water level for the area in the middle is at a depth of 5-10m. The area classified as potentially flood prone. The water is not aggressive weakly aggressive chloride solution. According to hydrogeological zoning, the area related to Dnieper-Donetsk artesian basin. the Survey Kulikovka is to capture terrain features that are within the areas of buildings, of communications.

In floodplain sediments of the rivers are found layers of peat, which significantly weaken the soils, their characteristics. Because of this,  due to subsidence of soils the Geology of the site Kulikovka assigned to the second category engineering-geological conditions. Depth of winter freezing of sandy loam about 1 meter long.

Soil layer cannot be considered as the basis for the Foundation, he is cut before starting work. As the Foundation shallow foundations may be sandy loam II geotechnical layer after it is removed settling. Under normal load conditions, the settling of such breeds is not detected. the Survey Kulikovka is preceded by geotechnical study of the site. But may be conducted as a separate independent type of work.

With the deepening of the Foundation of the second engineering-geological element is recommended to prepare the surface by arrangement of a soil cushion (collapsible soil is compacted to the degree of dry soil). To plastic and fluid sandy loam used as base, it is necessary to prepare the slag bed of crushed igneous rain, or blast slag dumps. Capacity cushion depends on the load of the designed object.

there will Also be activities for water resistance. It is necessary to ways to drain rain water. Around structures efficiently fall asleep sinus pits. Water activities include: implementation plan built up pad using ways natural runoff of rainwater, high-quality filling cavities of the pits and the device around structures pavings with a minimum width of 1.5 m, overlying the sinuses of the pit. Water falling on the pavement and should easily get into livestock network or trays. The removal of borders Kulikovka is part of the construction work is performed and before its start.

the Company LLC "Guild Engineering" is engaged in geodetic, topographical and engineering-geological researches.