Geology and geodesy in Lisky

the Plot on which our experts bilsi conducted research, is located ten kilometers North-East of Odessa, on the Black sea (seven hundred meters from the sea) in the black sea lowlands. In addition, in the North-West and the East is the vast reservoir. The research built-up area. Relief planned, aligned. Absolute marks are within 42m. 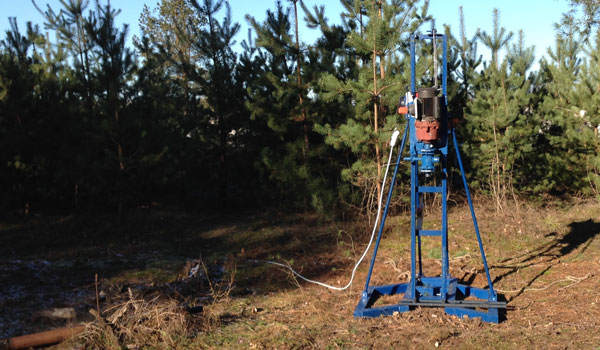 Geology of the plot Line due to being on Dnistrova-bug undulating loess plain in the composition of the black sea accumulative loess plain with underlying Neogene sediments. The green-gray mioticeskih clay, sandy rocks overlain by sandy-clay sediments of an earlier age, Pontic limestone, reddish-brown clayey sediments, loess-like loam. The site is located within the tectonic structure of the black sea basin.

Geodetic Line is a part of engineering-geological surveys. Is topography, residential and non-residential facilities, gas pipelines, water pipelines, power lines. Carried out reconnaissance of the terrain, documentation of topography, outcrops and mountain layers of dangerous geological phenomena. To clarify the point where will be drilled the well, is removal of boundaries of the Line.

the Area belongs to the loess dissected lowlands. Almost all the coasts abrasive-accumulative landslide. Landslides are widespread along the coast of the Black sea, along the vast water reservoirs. Quite common gully network. Geological section along the borehole core: top layer is soil (loam brownish-black, semi-solid to solid) capacity is 0.7-0.8 m; below dirty yellow loam power 2.2-4.0 m. They are underlain light yellow loam with the uncovered capacity of 4.0 m. Survey Line allows you to obtain the topographic map required for engineering and environmental studies. During the project work is carried out the placing of construction projects given the terrain, bodies of water, dangerous slopes.

the Geology of the site is composed of a Scaffold within the estuary where the village, sea and estuary-marine sediments. Under them near the coast the sea loess sediments, up to 20-30m, settling 30-50cm. They are light, middle and heavy loam. To the North, farther from the coast, developed aaloo-deluvial sediments messopotamia.

In the hydrogeological relation the region belongs to the black sea artesian basin. The first layer of pressure water is at a depth from zero to ten meters. Water chloride, aggressiveness leaching with chloride content up to 2 mg/L. topographical Survey of the Line allows to obtain a topographic site plan, plan of development, to lead project work. Upon completion of work, removed the coordinates of the mouths of excavations.

Normative depth of seasonal freezing of soils within 0.8 m clay Loam homoserine cannot be considered as the base. During the construction work are subject to seizure. Since the 19th century in Odessa is planned lifting of ground water. Can also be significant fluctuations during heavy rainfall, melting snow. Therefore, the plot can be attributed to the potentially flooded. The construction preparation period to the loess with high settling. Therefore, it is necessary to provide measures which eliminates the settling that does not allow water leakage. It is also recommended not to build on steep banks are dangerous. It should also take into account the probability of formation of dips in the Pontian limestone. They can be detected by methods of Geophysics. the removal of the boundaries of the Line is done after the end of the project works.

to Order geological surveys for construction in the company LLC "Guild Engineering".