Geology and geodesy in Lviv

the survey Area is situated in the Northern part of Lviv in Western Ukraine. The surface is smooth, the survey site built. Absolute marks of a surface within 253м. You'll be near the Poltva river with many tributaries. 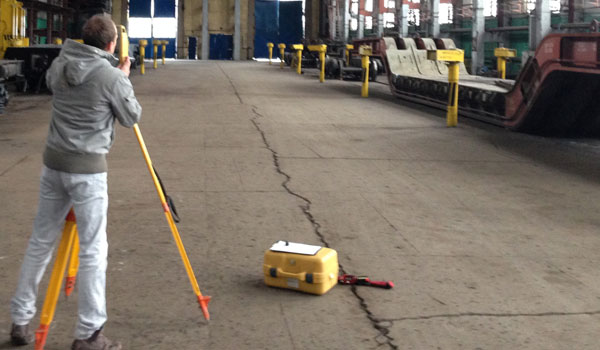 the Geology of the site in Lviv is determined by precipitation within the erosion-denudation hilly-ridge hills of Roztochchia consisting of the Podolian upland with blurred Neogene base. Tectonically the area belongs to the South-Western outskirts of the West European platform. In geological structure involves Cretaceous, tertiary, and Quaternary alluvial and deluvial sediments. The Cretaceous period is represented by marl. Marl layers are the aquifer. Their surface is smooth due to tectonic movements and filtratsii Paleogene aquifer. Negate the Cretaceous tertiary sediments represented by sandstones, limestones, silt, sand.

Geodesy Lviv is ordered, if no topographic base for survey work. But even if the technical specification are enclosed topoplan – is still carried out reconnaissance survey of the area to determine the General geological conditions (to determine how the terrain is dissected to study access roads to the job site, communications that can be damaged during the movement and maneuvering of the rig. For the exact determination of the site may require removal of the boundaries of Lviv.

With hilly ridges of Roztochya water streams drain into the basin of the Western bug and the Dniester river basin. Bore partially serves as the European watershed. Generally the eroded surface of Cretaceous marls underlain by sandy loam, loam Quaternary age with a capacity of up to ten meters (sometimes more). The river valley is wide, are composed of alluvial sand, gravel often water-glacial origin. Widespread loess rocks. In the drilling of the following geological section: at the top there is the layer (gravel, sand) with a capacity of about a meter, then there is a light srey, black swamp clay, silt, sand, ecochallenge to fluid, the exposed bed thickness of 5.0 meters

Survey Lviv at the initial stage will allow you to obtain the plan area, the land developing site. This plan documents the design of the well, studied the terrain. According to this plan looking for a plot.

In the North-Western part of the city is glacial and water-glacial plain sander. And in the South-East structural-denudational lofty table-residual plain. The Geology of the Lviv area is complicated by the following engineering-geological processes. Where the salt layers are developed, can develop salt karst under the influence of circulating water.  In flysch sediments of the weakened layers, where there is micaceous minerals. They serve as the mirror slides to the shedding of the mass of the soil. Happen slumping of rocks can cause a collapse, a landslip. Also, these hazardous processes occur in tectonically weakened zones, where there are faults, gaps. Water filtration occurs in sandstones and mudstones. When wetting of the underlying clayey rocks, possible leakage of dangerous engineering-geological processes. This is especially due to the large amount of precipitation. Topographical survey of lions helps to get a topographic basis for engineering studies and facilities design.

On site drilling water met the horizon at a depth of 2.5 m. the Plot refers to flooded. Normative depth of seasonal freezing of loam, clay – 0.65 m; sandy loams, fine Sands and silty – 0.8 m; coarse-grained rocks is 1.02 m. the Bulk soil cannot be considered as the basis for foundations. Loam can be used as a basis after elimination of subsidence properties by compaction. During construction works it is necessary to provide the dewatering. the Removal of boundaries in Lviv takes place during the start of construction.

the Company company ", GeoTop Engineering" can conduct a survey and soils engineering-geological processes before the construction of the house.