mahdalynivka urban Settlement, located on the banks of the river Chaplinka. Through the village there are several natural springs that also has several dams, reservoir. Absolute marks of the surface of the earth in the survey area vary in the range of 97-98m (Baltic system of heights). 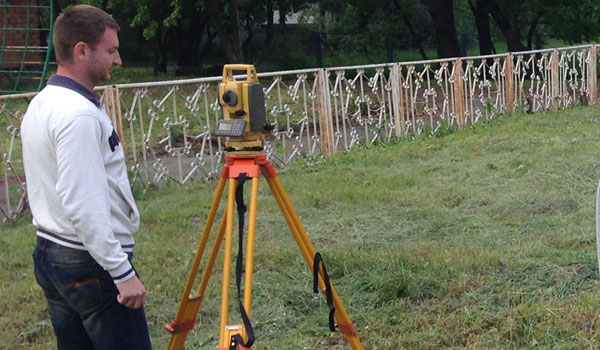 the Geology of the site the Mahdalynivka is composed of precipitation within the Poltava-Karlovka weak loess plains, which is part of the Poltava accumulative loess plains on the Paleogene-Neogene base. In tectonic terms the site is located at the junction of the Dnieper-Donets basin and on the northeastern slope of the Ukrainian shield. Sediments of the Paleogene and Neogene systems overlie the eroded surface of the Precambrian formations.

Surveying the Mahdalynivka before drilling operations required for obtaining a topographic base with all necessary information. Is topography, all located near the area of communications. Previously studied and documented the topography, Geology, processes. In case of difficulties with the definition section is the removal of the boundaries of the Mahdalynivka. This helps to correctly position the hole for drilling.

Quaternary system consists of alluvial deposits of floodplain terraces, composed of sand and loam. They lissopogonini underlain by sandy loam, light and middle loam aaloo-deluvial origin. As a result of drilling to a depth of 6 meters revealed the following layers: on top is the soil bulk power 0.75 m, below the loam on the remaining fluid depth. After drilling is carried out the topographical survey of the Mahdalynivka for Senate the coordinates of wells.

During the works, groundwater is found at a depth of one meter Poltarev. The study site is potentially flood prone. You need the waterproofing. To prevent atmospheric water soaking of soils require drainage to stormwater network. The content of sulfates and aggressive water Sredneuralskaya to certain grades of concrete.

the Geology of the site characterized by mahdalynivka the second category of complexity of engineering-geological conditions. The layer cannot serve as a natural Foundation design of Foundation and should be removed. Normative depth of seasonal freezing of sand, sandy loam – 0.93 m for loams and clays – 0.76 m, for coarse soils is 1.12 m. the Category of soils by seismic properties II and III.

request a topographic Survey of the Mahdalynivka allows to obtain topographic plan in electronic form, necessary to work with geological data. Also based on it is design. As a result of drilling samples are collected. Properties of the soil studied in the laboratory. Determined the suitability of each layer as the basis for construction of the facility. When multiple layers is carried out statistical processing of the results. Also takes into account seasonal changes in groundwater. At the site common messopotamia breed. Their total capacity reaches up to 20-30 meters. The settling of these species for the area 15-30cm.

When you select the Foundation, designed the building would require removal of the boundaries of the Mahdalynivka. After that start the construction work. Due to the high level of groundwater may occur many problems during construction, complicated construction technology. Moisture can destroy a building structure to photoplate underground room, there is mold. Therefore, it is necessary to provide special protection for it. You should not use wood structures – they can quickly rot through excessive moisture. Complicated pouring the Foundation concrete.

to avoid all unpleasant things, you can order a preliminary geological surveys in the firm LLC "Guild Engineering".