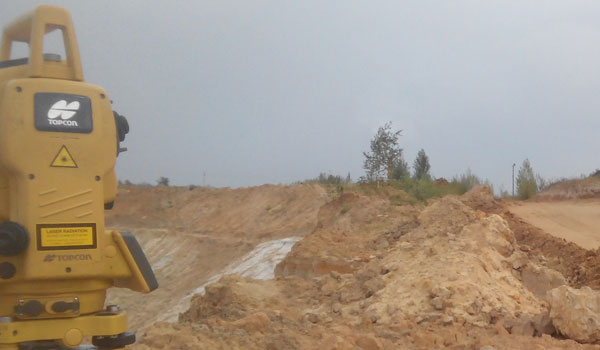 the Geology of the site Malinovsky the district of Odessa region folded indigenous sediments Pontic tier (middle Neogene, Pliocene division) – clays, Sands, silts, limestones. The total capacity of packs of thirty-four meters. The Quaternary system is represented aaloo-deluvial sediments watershed of the leveled plateau – loess, loess-like loams, in places the fossil soil. Such precipitation is ubiquitous within the black sea accumulative loess plains. Under Quaternary sediments, mostly overlain by Neogene-aged rocks. Surveying Malinovsky the district of Odessa region conducted at various stages of pre-design, survey work and during the construction of the object.

Olovo-diluvial plain formed during the Quaternary period on the basis of Pontian age. The terrain has a gentle slope towards the coast. The landscape cut by ravines, gullies and estuaries. Power aaloo-diluvial rainfall ranges from ten to thirty meters. On the steep slopes of beams thickness of Quaternary precipitations is low, which occasionally rocks Neogene age outcrop on the surface. When problems arise with determining the location of the survey area – may require removal of the borders Malinovsky the district of Odessa region.

unlike the coastal part of the area developed in Quaternary deposits aaloo-deluvial Genesis, urban fill soils. They are represented by loess, loess-like loam (moderate, mild and severe) with a total capacity of twenty to thirty meters with settling approximately 0.5 m of Pale-brown loam, yellowish sandy loam overlie pleeeease, they often with carbonate concretions. the Survey Malinovsky the district of Odessa region is performed at the stage of preliminary survey of the site. Shooting areas, all located nearby objects. The finished topographic planning is carried out engineering-geological works.

Area of Malinovsky of the area on the map of engineering-geological zoning of the least susceptible to the process of flooding. It is worth noting that in Odessa human activity the most impact on geotechnical processes in contrast to other cities. Ninety percent of the city exposed to hazardous engineering-geological processes. In addition to hazardous processes in the coastal area, in other parts there is greater likelihood of development of card processes, landslides, sinkholes (due to the existence of old underground workings), settling soil and seismic activity. In General, the Geology of the site Malinovsky the area is complicated by various natural and man-made factors.

topographical Survey Malinovsky the district of Odessa region can be ordered as a separate type of work. Be required prior to construction, in land use cases during the monitoring studies.

During construction should be considered, loam, clay precipitation freezes to half a meter. The Foundation should be deepened below this level. Before major, and not a particularly large construction is good to have a picture of the location of the dilapidated underground catacombs. Currently the overlying buildings and structures have different kinds of deformation, irregular subsidence. Because of the prevalence of loess, loess-like rocks during the design process it is desirable  to plan activities aimed at preventing various kinds of water leaks, it is necessary to provide drainage of precipitation. the Removal of borders Malinovsky the district of Odessa region refers to the stage of construction works and be carried out in the beginning.

under such difficult geotechnical conditions, as in Odessa, it is important before construction to carry out geological studies. This can help the company LLC "Guild Engineering".