Geology and geodesy in manganese

the Geology of the site Manganese is determined by finding land at the junction of the South-Eastern outskirts of the Dnieper upland and the black sea lowlands. From the point of view of geomorphology the site lies on Tokmakovsky ploskokatanoj loess plain within the black sea accumulative loess plains on Neogene Foundation. Tectonically the area is dated to the beginning of the South-Western slope of the Ukrainian shield. The area is located near the Kakhovka reservoir. A little further North there are several large reservoirs and several small rivers, oxbow lakes. Absolute marks of the surface of the earth at the site are located within 80 m in the Baltic system of heights. 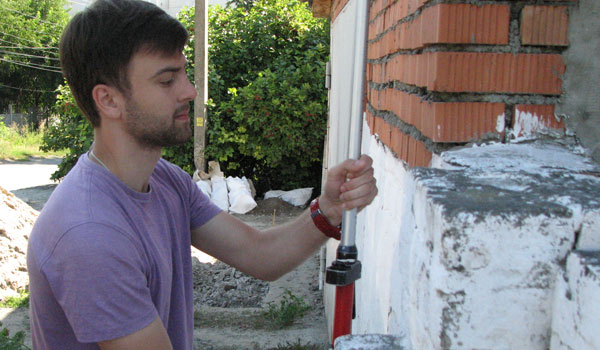 Geodesy Manganese starts with a topographic survey in the project area, a preliminary determination of locations for drilling. The survey and a topographic plan with all residential and non-residential buildings and structures, underground and ground communications. As a result of the reconnaissance inspection is the documentation of the outcrops of the mountain layers, water bodies, visible manifestations of engineering-geological processes. To Refine the preliminary locations of buildings may require removal of the boundaries of Manganese. On the basis of the boundaries of the planned wells. Documented dangerous places, slopes. Topographical survey Manganese helps in cameral conditions to work with the originally obtained information, to specify the location of project wells. Before drilling work is also continuing with the previous geological reports on sites located nearby.

the Geology of the Manganese site presents bedrock of the Paleogene (Oligocene). Closer to the river is composed of Neogene sediments Bessarabian horizon. From Quaternary precipitation closer to the river are widespread deposits of floodplain terraces and undifferentiated first-second terrace above the floodplain of the river. On the spot where he drilled wells in bedrock is overlain by eluvial-delluvial sediments – loess,  light sandy loam, medium loam. The intensity of such precipitation in the area can reach 20-30m. Settling loess rocks may reach 0.5-1.0 m.

Groundwater is not encountered, but judging by the closest major bodies of water – shallow depth. A strong influence on the nature of groundwater, soils, geological processes has a human factor. The study site is potentially flood prone. The rate of increase of the groundwater level in the first 10 years of operation of the facility can reach 0.5 m per year. The city has widely developed a process of flooding, ravines. After drilling is survey Manganese to Senate the coordinates of wells.

seismic properties of the area belongs to the 2nd category. Complexity of engineering-geological conditions in the second category. Complicate the construction of collapsible soils is the loess. For these conditions can be used strip foundations. Loess rocks can serve as a basis if they are to compact to a density of dry soil. During the design process it is necessary to provide waterproof engineering activities (blind area width 2 m around the building,  high-quality filling cavities of pits). Once a draft is the takeaway borders Manganese.

Application form for geological survey of your site you can do this by using cookie cutters on the website of the company LLC "Guild Engineering".