Geology and geodesy in mykhailivka-Rubezhivka

mykhailivka-rubezhivka geomorphologically located on the Transnistrian elevated position within the Kiev Polissya with blurred Paleogene-Neogene base. The terrain is flat with rolling hills, dissected by rivers and ravines. Tectonically the area is on the Northern slope of the Ukrainian shield. Through the Mikhailovka-Rubezhivka river Bucha with a large reservoir on the South, the North, crosses another small stream. 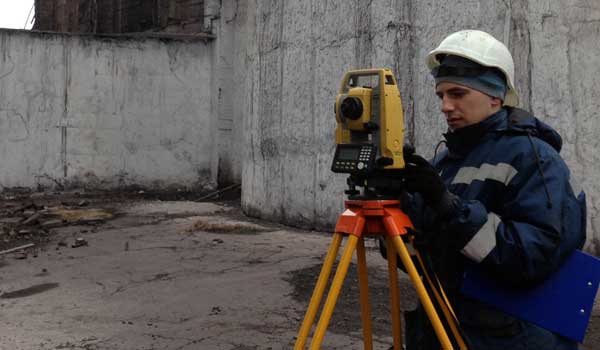 geological study begins with reconnaissance. Submitted the point of location of wells. In the field book are documented visually detected dangerous natural processes, the level of water in wells and reservoirs. Geology mykhailivka-rubezhivka at the design stage allows you to select control unit, type, depth of drilling.

Geological section from the top-down:

Geology mykhailivka-rubezhivka under the Quaternary rocks are represented with  lower, verhneportovaya gray-green and mottled clays. The Quaternary system is represented by alluvium, fluvioglacial Sands of different grain size with fragments of small boulders, layers and lenses of silt, peat.

Data drilling. Under PRS (0.2 m) underlain by peat up to 0.8 m followed by sandy loam with impurities is 0.8 m Below the sandy loam startovani - 2.0 m, Sands m/s – 1.4 m, loam with plant remains – 0.8 m To 6 m. ground water was not detected. The first aquifer (Poltava) is at a depth of 40m. Water-bearing sediments are sand, sometimes with clay, clay, marls, Sandstone. Unconfined aquifer in the Quaternary sediments can be encountered at a depth of 0-10m. Aggressiveness of waters from leachate to cause acid. In impervious clay, the loam may cause the formation of perched water. The replenishment comes from rivers, rainfall, melt water. Silty, fine-grained sand, sandy freeze to a depth of 0.8– 1.2 m. the Plot refers to the potentially flooded. On the seismological risk - category II. Complexity of engineering-geological conditions - can be attributed to the II or III category. In  the geological profile assigned 4 geobody. Relief is significantly rasclient. The soils are found in layers of peat and organic matter. Hydrogeological conditions as well.

Application for Geology you can do in the company LLC "Guild Engineering".