Geology and geodesy in Nizhyn

Nizhyn geomorphologically  dedicated to Desna terrace plain – part  of the Chernigov Polesye at the Paleogene base. In tectonic terms the site is located within the Dnieper-Donets basin. One kilometre North of the river Oster with winding shores. South about a mile into the lake of Nizhyn. Also in close proximity  there are small ponds, tributaries of the river Oster. Dominated by low-lying terrain. of Surveying Nizhyn allows you to position the plot, all communications on the topographical plan. Geodetic works are ordered before the design of the object. At the stage of reconnaissance is carried out a visual inspection of the plot. Part of surveying is topographic survey of Nizhyn, which resulted in the shooting of the adjacent houses, outbuildings and various communications. Pre-mark the sites of drilling. This may require the removal of the boundaries of the town. 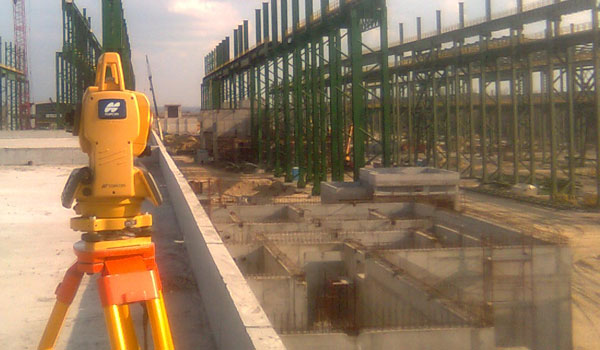 On stage a reconnaissance survey studied the terrain, surrounding water bodies, rock outcrops, visible visual engineering-geological processes. Based on this information and on the basis of archival data preliminary the Geology of the site Nizhyn. Precambrian crystalline rocks are under a powerful layer of sediments of Paleozoic, Mesozoic and Cenozoic. Permian sediments are represented by variegated clays, limestones, dolomite and gypsum. The thickness of the Triassic rocks are represented by clays, Sands, sandstones and marls. Under Quaternary sediments are widely, pervasive Paleogene Sands, sandstones, marls and clays. The site is located on the border of the floodplain terraces of the river Oster and alluvial deposits undifferentiated first or second terraces of, covered with loess and loess-like rocks. the Geology station Nizhyn according to the drilling consists of: at the top there is a soil-vegetative layer and the loam dark-brown semi-solid to solid with a capacity of 1m; below there is a gray loam, loess, from plastic loamy soil to ecochallenge capacity 5m.

First horizon in unconfined Quaternary sediments identified at a depth of 3M. the Area belongs to the potentially flooded. Loesslike rocks are weak soils for construction. When wet, their properties can change dramatically. Also within river terrace R. Oster developed peat, which complicates the conditions for construction. The ground freezing depth varies from 0.8 to 1.5 meters. For seismic conditions the site is a grade II listed five-point scale. On engineering-geological conditions can be attributed to the II category.complexity. For these conditions under the Foundation recommended device slag pillows from crushed igneous rock or blast furnace slag. Due to the presence of loess-like rocks and peat need to include measures of engineering protection of soil. Due to the proximity of groundwater it is necessary to provide measures to protect basements from flooding. Engineering measures to protect from excess moisture.

Survey Nizhyn is carried out after drilling to capture the coordinates of the drilled wells. These wells are entered on the topographical base. Are drawn geological sections and columns. On the basis of these data and laboratory analysis data conclusions are made about the properties of soils and flowing in the earth's natural processes. Designers select the Foundation plan of the engineering protection measures against natural hazards. Based on existing data is carried out the takeaway boundaries Nizhyn.

To determine the composition of soils, their physico-mech. properties. To clarify the groundwater level, research is taking place in the bowels of engineering-geological processes are geological studies. Your house has served you long and well – such studies can be enjoyed in the company of LLC "Guild Engineering".