Geology and geodesy in Nikolaev

Nikolaev is located in the South (steppe zone) of the country, on a Peninsula on the shores of the southern bug and Ingul. The survey area built-up, covered-up soil. The surface is leveled. Surface elevations within the 41m.

the Geology of the site Nikolaev is defined by sediments of the black sea lowland. According to geomorphological scheme the site is located within the Dnieper-bug loess is weakly dissected plain composed of black sea accumulative plains with Neogene base. Tectonically – black sea basin. Nikolaev is located within the floodplain of the Holocene terrace (near rivers). Go a little farther undifferentiated sediments of the first, second floodplain terraces. Further – sixth nizhneanadyrsky floodplain terraces. It is near rivers, the rest of the area is predominantly low-lying weak precipitation loess loess plains. 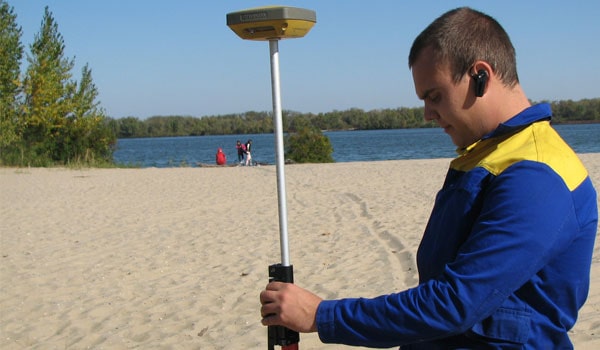 Nikolaev Geodesy involves surveying before starting work. At the same time conducted a reconnaissance survey of natural conditions and various hazards. To determine the location of the site is the removal of the boundaries of Nikolaev. At the site to a depth of six meters encountered following rainfall. Top is bulk soil and soil with a total capacity of 1m. Below the brownish, reddish-brown, heavy, hard loam opened with a capacity of five meters. To a depth of six feet groundwater not encountered. Nikolaev is carried out topographical survey for obtaining topographical plan of the area applied with all objects, communications. On the basis of the topographic base, planning is carried out of the mine workings, is being designed.

Along the banks of the rivers are widespread landslides and gully activity. Seismic properties of the area belong to the second category. The ground freezing depth is 0.75 m. in winter the level of the first surface of the aquifer is 10-15m. Water ferruginous, bicarbonate. Mineralization up to 1 g/L. leaching Aggression. The investigated site is not potentially flood prone. In spread widely messopotamia rock – light, medium and heavy loams with the capacity of 20-30m with settling 15-30cm. When wet these soils may have subsiding properties. With all the factors you can choose the second category of complexity of engineering geological conditions.

For the given conditions base for buildings can be pre-compacted loam by compaction. Properties of bulk soils are very heterogeneous, changeable. They and the soil may not serve as grounds.

Nikolaev Survey, held before the beginning of works, helps to choose places to drill. Helps not to touch the underground utilities where the plot drives the rig. After completion of the work is measurement of all security-related workings. Topographic terrain features, all captured objects are plotted on a digital map. Passed all mine workings are documented. The core on them is described and tested. Then, in the laboratory conducting their tests. Based on the records in field books and then filled in the column of wells, construction of incisions. Obtained 3D model of the site. The prediction of occurrence of hazardous processes in the near future.

Loess-like soils related to subsidence. In its composition they contain loosely bonded dust particles. There are also carbonaceous particles. These soils are more dense than the loess from the higher content of clay component. As a reason they're good, if they should be well consolidated, compacted. After that on such soils it is possible to use almost any Foundation. After the completion of the design phase is carried out on the removal of the boundaries of the Nikolaev. And construction works will start.

with a firm LLC "Guild Engineering" you can explore the geological features of your site before you begin construction.