Geology and geodesy in Novobohdanivka

Novobogdanovka is located in the South-West part of Zaporizhia region. The terrain has undergone significant changes due to human activities. Surface elevations within the 78m. The terrain is flat. Milk river is located about 10 km to the East, but between settlements and the river channel are common for small bodies of water – indicating that the shallow groundwater occurrence. 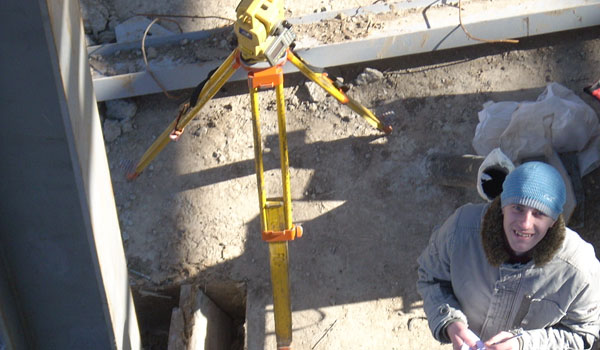 the Geology of the site Novobogdanovka is composed of sediments within the geomorphological structure of Tokmak ploskokatanoj loess plains within the black sea accumulative loess plains on Neogene Foundation. Dnieper glaciation about three hundred thousand years ago not yet reached these places, but interglacial water was flowing over low-lying places and left such sediments as clays, Sands, loam. On the Bank of river Dairy has remained a geological monument – an isolated outcrop of Sandstone "Stone graves" of height to twelve feet. Maybe it's frozen loam.

Surveying Novobogdanovka is an integral part of the pre-engineering survey. Also can be separated from geological works. The goal is to obtain a topographical basis for the preparation of projects geological surveys for the design of buildings and the subsequent construction activities. Preliminary removal of borders Novobogdanovka before leaving the drill allows crews to determine the location of the site, and plan well.

Tektonicheski the site is located within the South-Eastern slope of the Ukrainian shield. In place of the weak loess lowland plains developed messopotamia breed aaloo-deluvial Genesis – light, medium and heavy loams with the capacity of 20-30m. Settling breeds 15-30cm. The drilling clarified the geological structure of the soil layer capacity of 1.0 m Yellow-brown clay, firm and moist with a capacity of 1.5 m. Yellow-brown loam, plastic loamy soil, water saturated opened with a capacity of 5.5 m.

On site engineering geological conditions are complicated by the presence of plastic and plastic loamy soil loam of the second engineering-geological element. In the area of research is distributed first from the surface unconfined aquifer in the lower-middle Quaternary deposits at a depth of 2.3-2.4 m in eluvial-deluvial loess-like sandy loams and alluvial Sands of different grain size. Hydrodynamically linked with river water. The Geology of the site Novobogdanovka complicated by shallow groundwater. Area of research relates to flooded. During intense snowmelt, rainfall, man-made accidents ground water can rise about 70 cm above the committed level. Seismic characteristics of the breed fall into the second category. Because of the proximity of groundwater engineering geological conditions can be attributed to the second category.

Survey Novobogdanovka is part of engineering surveys for the design of residential buildings and industrial facilities.

If to lay the Foundation in plastic loamy soil soils IEG-2A – this can lead to uneven deformation of the Foundation and the building. First, you need to improve the properties of soil by layer-by-layer compaction of gravel cushion and other events. Also to avoid operational problems it is necessary to provide protective measures from excess soil moisture. Also consider activities that were not uneven loading on the base. It is necessary to consider that the water content of sulfate is highly corrosive to certain grades of concrete. Also can form a local flooded areas – it is necessary to provide for the withdrawal of the waters.

Removal of borders Novobogdanovka required for start of construction.

All kinds of feasibility studies, geodetic and topographic surveying may be called by the firm LLC "Guild Engineering".