Geology and geodesy in Ordzhonikidze

Ordzhonikidze is located on the left Bank of Bazavluk, where rivers flow into Salt and the heater. The level surface of approximately 54.5 m.

the Geology of the site Ordzhonikidze presents the sedimentary layers of the border zone – the Dnieper upland and lowlands of the black sea according to the scheme of topographic zoning. In this tectonic scheme of the southern outskirts of the Ukrainian shield, on the border of the South slope of the shield. According to the scheme of zoning (geomorphology) is the Dnieper-bug  weakly dissected loess plain within larger structures (the province) – the black sea loess plain with Neogene base. 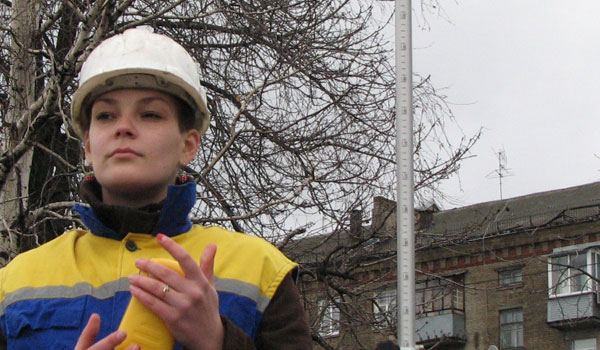 Surveying Ordzhonikidze is carried out before starting work simultaneously with visual inspection of the area. Removed terrain features located on the site various facilities, underground utilities. Studied and documented the initial information on Geology, geomorphology, manifested phenomena. For proper placement of the wellheads of the wells is the takeaway boundaries Ordzhonikidze. Quaternary sediments in the survey area are composed of forest and loess-like light and middle loam and sandy loam within a weak loess plains. Precipitation developed just South of fifth anthropogenic floodplain terraces. The total capacity of loess rocks more than 30m. Settling their 30-50cm. These sediments have aaloo-deluvial origin. Ordzhonikidze topographical survey is done to obtain a topographic base, on which research is conducted.

Geological section is specified by results of drilling operations. On top is the layer - 0.8-1.0 m Beneath the soil lies a layer as thick as 0.5 m. Below is a yellow loam with a capacity of 1.4-1.8 m. below the clay lies a pale-yellow, water-bearing capacity of 5.2-5.3 metres During the survey of underground water is open down to the depth of 3.8-3.9 m. water-bearing sediments are loam. The studied site should be considered potentially flood prone.

the Geology of the site Ordzhonikidze complex engineering-geological conditions most likely belongs to the second category because of the forecast of flooding, the presence of weak loess and bulk soils. According to the observations, the depth of seasonal freezing of soils is equal to 0.8 m, a maximum reach of 1.50 m. the Category of the area seismic characteristics – second or third. The content of sulfates the water is strongly or medium aggressive toward some concretes. Chloride it Sredneuralskaya to armature iron designs. According to hydrogen index, the amount of sulfate+chloride water mid-aggressive to metal.

Survey Ordzhonikidze at the end of the work needed to coordinate podsahania workings. During kamerali kertitsa geological chart, a report, processed the results of the test. Gives recommendations on the design of the building, which will be designed. Conclusions are made about the suitability of different layers as the base. Bulk and soil-vegetation layer are not considered grounds. Due to the fact that the area potentially flooded - for the construction of basements recommended for waterproofing.  the bottom of the sole of the Foundation be sunk not less than 1.5 m At the base of the foundations are loams, which when wetted is able to be subsiding properties under additional pressure, above the natural. In the design of the strip Foundation is necessary to provide for the elimination of subsidence properties of the rock from  loads in the upper part of the compressible area by seals. It is also necessary to provide for a range of water protection measures. In order to place the building – is the removal of boundaries Ordzhonikidze.

the Company LLC "Guild Engineering" engaged in the study of Geology before the construction of the building.