Podolsky district is located in Makariv Moreno-sander plain – part of the Kiev Polesye at the Paleogene-Neogene base. Tectonically the territory is confined to the North-Eastern part of Ukrainian shield. The contrasting terrain, rugged ravines, gullies, steep slopes of small hills. 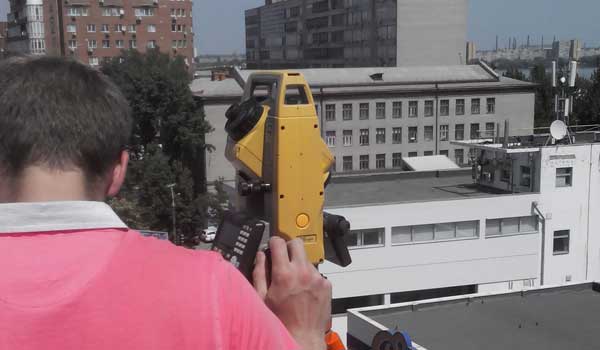 In the first phase are reconnaissance work. Marked wellheads. Geological outcrops, water bodies and the underlying processes are documented in the field book. Based on these archival data and pre-determined by Geology Podolsk district required to create a project. Subsequently geodesy Podolsk district helps to determine the exact location of the site. the Survey Podolsk district contains the data on the basis of which is the removal of the limits of the Podolsk district within which it is necessary to arrange well. On toplane should be applied to all underground utilities that may be affected when transporting or drilling. After obtaining the laboratory data are constructed geologic columns, sections. Digital maps help to make 3D model of geological conditions, locations of the layers, to predict the possible occurrence of natural processes.

Under the Quaternary sediments overlie Precambrian crystalline sediments (at a depth of about 200m). Their cover of Triassic clays; sandstones, Sands and clays of the Jurassic; the sandstones and Sands of the Cretaceous age; Sands and clays of the Paleogene; Poltava Sands, variegated clays of the Neogene. Quaternary Pleistocene sediments are composed of sandy glacial sediments (20-30m). Podolsky district is located at the junction of loess and alluvial sediments. with the Geology of the site Podolsky district in the Western part of the loess sediments with fossil soil. Their  underlies the moraine, loam, sand. Closer to the river are widespread alluvial sandy sediments – grain sand, loam. According to drilling the investigated soil samples to a depth of 8m. at the Top there is a soil-vegetative layer or soil (0.3-0.4 m). Then sand to 1.7 m. the Loam yellowish-grey, pale-yellow, plastic loamy soil – 0.6 m.

Podolsky district is characterized by high groundwater level, the widespread occurrence of landslides and ravines. At the hem are constantly flooding basements. Due to the presence of numerous faults and complex geological conditions, seismicity may increase up to 6 points. The soils are loose, all the slopes of the right Bank slide down. Intensive construction of massive buildings, metro – reinforce the dangerous natural processes. Seasonal freezing of soils is 0.8-1.5 m. the Studied area belongs to the potentially flooded. Seismic activity of the area can be attributed to II-III category. The complexity of geological conditions - a to II-III category. Loess loams have high settling. In the project it is necessary to provide measures for water drainage.

Modern construction is impossible without a preliminary geological study of soils and flowing in the ground of dangerous natural processes. On the page is our contact information so that you can contact the Manager and make an application on geological studying of your site.