Geology and geodesy in Poltava region

the Plot on which our experts conducted research in the area of Morskogo the Spaso-Preobrazhensky monastery in Lubny district of Poltava region. This right Bank of the river Sula. To the river 350-380m. The river bends around the monastery from East, South and West. 150 metres to the North-West is a water reservoir. Hence we can conclude that shallow groundwater occurrence. The surface of the earth is tilted towards the river. Surface elevations vary 124.30-130.65 m. 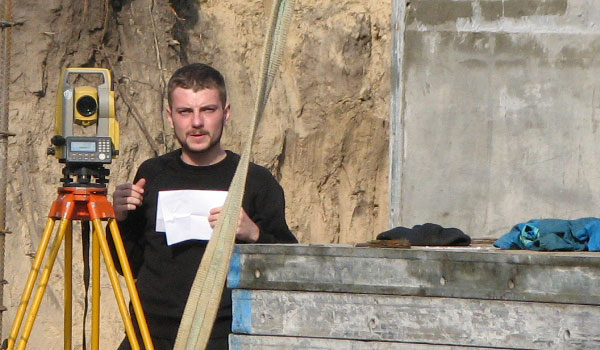 the Geology of the site Poltava region consists of sedimentary formations of geomorphologic patterns Romny Myrhorod dismembered plains with pronounced in the relief of the salt structures within larger units – the Poltava accumulative loess plains Paleogene-Neogene base. In the low flood plain part of the river system is represented prequaternary sediments verhneportovaya Kharkiv retinue. In other parts, on the hills under chetvertichnoe srednevekovye overlie Pliocene deposits.

Surveying Poltava region is executed before the beginning of the geological survey. The goal is to obtain information about the topography of the land, extent of land developing, on the location of the various communications. Removal of the borders of Poltava region allows to determine the exact location of the site and as a result to determine the placement of exploration wells.

the study site is located at the place of occurrence of alluvial sediments in the floodplain terraces, which give way in a North-westerly direction at first aaloo-deluvial sediments, then glacial deposits and then glaciolacustrine sediments. A variety of geological conditions creates a variety of geotechnical phenomena. After the topographic mapping Poltava region as a result of post-processing shooting digital get card work as geologists, and designers. The proposed facility is planned, laid places for drilling.

the Geology of the site Poltava region very difficult not only because of the proximity of the river, body of water, but also because of the spread of subsiding loess loam. In the floodplain of the river  developed layers with inclusions of peat. In the North-West developed gully activity. A short distance to the North-East stretched a large salt structure, which extends from North-West to South-East. The depth of the first level non-pressure water 5-10m. Also because of the proximity of the river, the waterfront area is likely to potentially flooded. On engineering-geological conditions of the plot can be attributed to the third category. Topographical survey Poltava region after the completion of survey work necessary to fix the coordinates of wells, for drawing up the act of acceptance executed works.

In winter the loam and clay freeze to 0.66 m, shallow and silty sand, sandy freeze to a depth of 0.81 m. Propertysheeta loam of the first engineering-geological element is not recommended as grounds for the Foundation. From the second to the fourth engineering geological elements have subsidence properties if there is additional moisture,  , or you are experiencing additional load. It is necessary to design considering these factors. Pre-need to eliminate sagging properties by construction of cushions from the soil, compacted to a density in a dry condition. It is also necessary to provide for measures against possible moisture, water drainage.

removal of the borders of Poltava region needed to start construction on existing projects.

In the first stage, before selecting a place for construction company in LLC "Guild Engineering" you can order a geological survey.