the City of Odessa is in southern Ukraine, in the South-Eastern part of the region. Primorsky district is immediately adjacent to the Black sea. Near the sea the elevation within ten meters, on the Eastern border of the Primorsky district of about 60m. Coming attractions: sailor's quarter, the Historic city center, Lanzheron, Otrada, Small Fountain, Shalini,Medium Fontan, Arcadia. 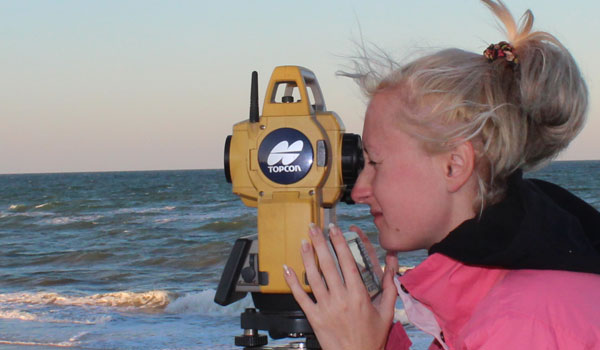 Quaternary sediments represented by loess (loess-like loam patterns, light, medium and heavy) lowland dissected loess plains. Genetic conditions of formation of this eluvial-deluvial deposits with capacity of 20-30m, settling with a 0.3-0.5 m Close to the sea are superimposed two types of shore – abrasive and abrasive accumulative landslide aligned  in clayey sediments. Removal of the borders of Primorsky district of Odessa region may need to determine the location of the site during the preliminary survey.

the drilling of wells lithologic composition of the rocks occurring in the area. Loess is brown, pale yellow loam with a capacity of several tens of meters, lying pleeeease. At the top lies the bulk soil. Followed by yellow sandy loam loess, loess loam moist, light-yellow loess loam with carbonates and humid. the Survey Primorsky district of Odessa region as a result of topographic survey to obtain a digital topographic basis for planning, design, and data analysis.

confined groundwater is at a depth from zero to ten meters, the aggressive leach. The salinity of the chloride, chloride-gidrokarbonatnaja, calcium-sodium – 3-5g/L. In Odessa there is a constant rise of the groundwater table (up to five meters). The area can be attributed to the potentially flooded. Moreover, loams and clays can hold water, can form perched water.

the Freezing of clayey and sandy soils in the winter 0.5-0.7 m. the Foundation should be deepened below the depth of freezing. Seismic properties of rocks related to the second category. After the development of the area is projected rising level of groundwater, the formation of some watered places. Water may rise to the level of the Foundation that may moisturize loessial rocks, which will deteriorate their construction properties, will manifest their settling. To prevent this you should plan activities to address water leaks from water lines, to plan the drainage of water, use the slope of the terrain, to apply the drainage. The topographic survey of the Primorsky district of Odessa region included in surveys and includes shooting landscape, buildings and constructions, engineering communications.

Thus, dangerous engineering-geological processes associated with the presence of loess soils. Can also occur karst processes in Neogene limestones and marls. To prevent hazards before construction carried out special engineering activities to address subsidence, against the moistened soil. Such measures include: sealing, grouting, vertical layout. For small facilities in these conditions are recommending a continuous footing. the removal of the borders of Primorsky district of Odessa region allows you to define the location of buildings and be designed well.

the Company LLC "Guild Engineering" can perform all types of surveys required before construction, can lead geodetic support of construction works, to conduct a topographic survey.