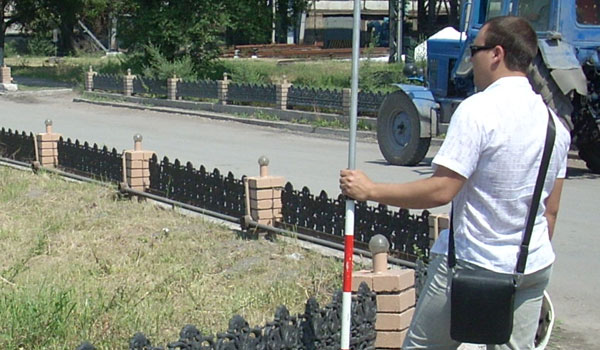 the Geology of the site Serdyukova is composed of sediments of the right Bank middle Dnieper dissected loess upland in the Dnieper upland Neogene f and the Precambrian basement. In tectonic terms the site is located on the North-Eastern outskirts of the Ukrainian shield, where it begins its North-Eastern slope. In the locality prequaternary sediments submitted by lozanovskii retinue of Paleogene Sands fine-grained, glauconitic and carbonaceous, kaolin. Kyiv and Kharkiv retinue of upper and middle Paleogene (Eocene and Oligocene) Sands quartz-glauconitic, marl, clay. of Surveying Serdyukova consists of geodetic and topographical surveys required for various surveys, project works and construction.

Within the floodplain of the river is overlain by alluvial sediments of the second terrace above the floodplain. In the rest of messopotamia breed of sublime strongly dissected loess plains – light, medium loam, sandy loam with a capacity of 5-10m, with the settling of 15-30cm. the removal of the boundaries of Serdjukova reconnaissance stage of the survey helps to define the boundaries of the site.

as a result of drilling determined the lithological composition of strata on the plot. Top is bulk soil (loam, debris, rubble) with a capacity of 1.5 m. then there are the loams solid, subsiding, with a capacity of 4.7 m. Sandy loam solid, collapsible, capacity 2.5 m. the water Horizon drilling wells podsekin. the Survey Serdyukova is part of a survey aimed at obtaining topographical plan of the area.

In the area first from the surface aquifer is associated with sediments of Eocene, Oligocene clayey Sands, marls, clays, sandstones. So in the same part of the aquifer begins (and extends to North-East), is associated with alluvial and lacustrine-alluvial sediments anthropogenic terraces and floodplains.

the Geology of the site Serdyukova is characterized by complex engineering-geological conditions because of the spread of subsiding soils. Within river terraces are widely developed gully erosion, common glacioisostasy, large ottorzhentsami. Within floodplain terraces flooding, as these areas are not considered reliable for construction.

the Soils belong to the second type of subsidence. During construction it is necessary to undertake activities aimed at elimination of subsidence properties of soils through compaction, grouting. As a result changes the structure of soils, increases their density and strength. They become ordinary nepreodolim soils, which have more strength and strain characteristics. When the primers of the second engineering-geological element – the need to fully eliminate sagging properties. Or primers penetrate deep foundations (pile). Serdukova the topographical survey is carried out to prepare base map for planning of drilling, mining. To work with projects built. And then for the implementation of construction works.

the Soil is generally not used as the Foundation design of the buildings, it pre-removed. Under the base of structures is recommended to do "pillow" by layer-by-layer seal. Capacity cushion depends on the design, loads the object. During the start of construction initially is the removal of the boundaries of Serdjukova.

the company LLC "Guild Engineering" you can order as surveying and geotechnical pre-feasibility study.