Solomenskiy district is situated at the junction of four geomorphological structures with a predominant location on the Transnistrian elevated position on the Paleogene-Neogene basis. This cross-border location does not portend anything good from the standpoint of engineering-geological conditions. From the point of view of the tectonics of the area is confined to the Northern slope of the Ukrainian shield within the maximum distribution of the glacier of the Quaternary period. The relief is hilly, with small slides, with a significant slope, cut by ravines, gullies. 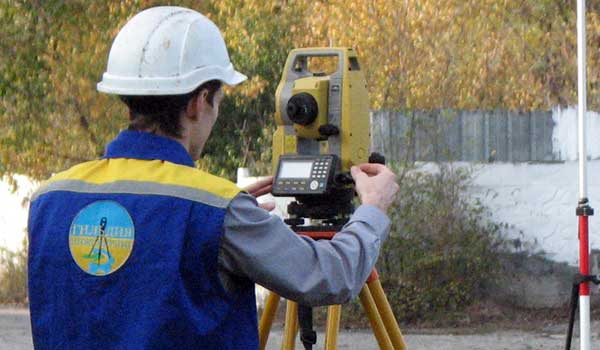 Survey Solomenskiy district, directed on studying of changes of terrain. The end result is to obtain topographic maps and plans, which serve as the topographic engineering Geology. Shooting areas, exceedances of terrain, different buildings and constructions, engineering communications. The digital version of the topographic base  study the topography, slope, location of structure, networks and communications. Based on the data received subsequently will be the takeaway boundaries Solomenskiy district, to break ground, to determine the boundaries of the site.

At the initial stage of research by specialists of the company carried out reconnaissance of the area. Are laid out roughly where to drill. In a field journal documented visible on the surface of the engineering-geological processes. Record the water level in wells, reservoirs. On the basis of field data and study of archival data as a preliminary Geology of Solomenskiy district. This information is needed to design the various stages of geological works.

General geologic section of the study area is represented by the following breeds:

Geology Solomenskiy district is characterized by a wide development of loess rocks with fossil soils, Podstrana moraine, loam, sand. The light and medium loam. According to drilling from the top is PRS – 0.8 m, followed by loess of different colors to the endpoints of drilling (capacity approx 9M). At the bottom of the water-saturated loess – power 3M.

groundwater Horizon is found in the depth of 3-6m. the Area potentially flooded. The depth of frozen silt, fine sand, sandy loam – 0.8–1.5 M. For earthquake - II-III category. Complexity of engineering-geological conditions can be attributed to the II or III category. Loess soils are very dangerous for construction. They have sagging properties. In the project you need to plan engineering activities to strengthen such soils, protection of slopes for water drainage. The slopes of the right Bank of the Dnieper river are considered the most hazardous landslide processes. The problem of landslide areas in Kiev is most acute in Solomenskiy district. Anthropogenic factors also reinforce the engineering-geological processes.

From a previously conducted engineering-geological studies depends on the safe operation of your buildings and structures. You can always make a request for such research in the firm LLC "Guild Engineering".