Geology and geodesy of the Suvorovsky district of Odessa region

Suvorovsky district is located in the North-Eastern edge of Odessa, with one hand on the Odessa Bay, on the other hand, restricted to the two estuaries. Elevation ranges from few meters up to 20-30m. Within the district and nearby: the village Kotovskogo, Grain, settlement, Field of dreams, the Village of Shevchenko, Hadzhibeevsky, Peresyp, the Resort Kuyalnik,  Bolshevik, Luzanovka, Soldier, outskirts of town, Limanchik, Curve Beam, Javahouse. 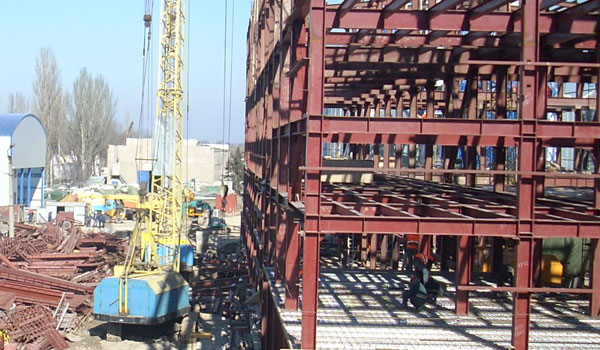 Surveying Suvorov district of Odessa region includes surveys of various construction projects and research with the use of laser and gps technologies and techniques of satellite navigation data.

Quaternary system of the Suvorovsky area starting from the South-Western boundary is composed of marine and estuary-marine sediments – Sands with coquina, silt and clay sediments. They go wide strip from the banks of the two estuaries to the coast of the Odessa Bay. In place of the isthmus appear alluvial-deluvial sediments at the bottoms of ravines and gorges – sandy loam, sand, loam. And over there where estuaries begin loess-like loam, aaloo-deluvial sediments of the watershed is flat plateau – loess-like loams, loess, sometimes with a fossil soil. the removal of the boundaries of the Suvorovsky district of Odessa region is necessary to accurately determine the location of the object of research.

Sandy sediments, mostly fine-grained, less common medium-grained and rarely coarse-grained. In composition they are quartz, carbonate component may contain from seven to fifty percent. They can be small layers of silt, limestone. Silty-shale fine-grained, krupnooptovye, dark-gray or greenish in color. Soil form spots near ports. They consist of intermixed loess-like loam, sand, clay, silt, limestone, construction waste. the Survey Suvorov district of Odessa region run if it was not carried out before issuing of technical assignment for geological study of the site.

Building on coastal marine and estuary sediments associated with advanced reinforcements, the development of anti-landslide measures. Provides piling and backing stones. Systematic observations have found that Odessa characterized by a permanent rise of ground water level. On the map of engineering-geological conditions of the Suvorovsky district belongs to such a dangerous area.

the Geology of the site Suvorov district of Odessa region is characterized by complex engineering-geological conditions. On one side there is a big probability of flooding. On the other hand floodplain terraces, coastal slopes are dangerous for construction. Around the coast developed landslides, ravines, slopes subject to creep, osypanie. Almost all slopes are formed as a result of these dangerous engineering-geological processes. Topographical survey of the Suvorovsky district of Odessa region allows you to create topographic map needed for research and construction works for the design.

the Shell construction have favorable characteristics and may be used as bases for structures. Clay or they are able to shrink, they cannot be used as Foundation for buildings and structures. To determine the exact location of the designed object is the removal of the boundaries of the Suvorovsky district of Odessa region.

All of these types of studies can be enjoyed in the company LLC "Guild Engineering".