Geology and geodesy in Ternopil region

the Plot of the geological survey, carried out by our specialists, located in Terebovlya, in the center of Ternopil region. The city is located on the river side Settings (a tributary of the Seret, Dniester river basin), in a deep ravine and on the adjacent hills. The city divided the river Settings in the Western and Eastern parts. The relief is strongly dissected, with elevation changes reach ninety meters. 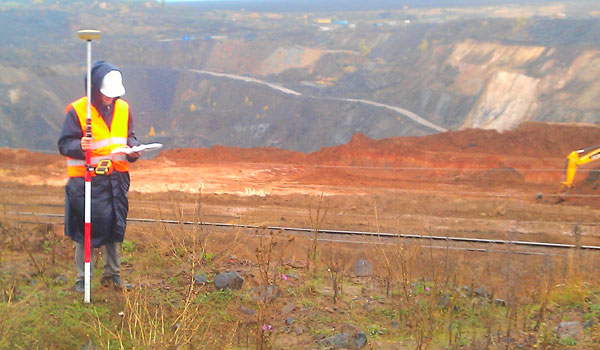 the Geology of the site Ternopil region is dedicated on the topographic map to two entities – Cultram Podolsk and Podolsk upland. In geomorphological terms this Ternopil loess hilly plain consisting of the Podolian upland with Neogene base. In a tectonic respect, there is the Volyn-Podolsk plate. Hydrogeological conditions are determined by the entry in the Volyn-Podolsk artesian basin.

Surveying Ternopil region as part of the engineering-geological works need surveying before starting work. Shooting residential and non-residential premises, underground and ground communications. This data helps informed choice of where to drill, not to hurt communication in transportation, drilling. Also carried out visual inspection of areas, documentation of geological conditions, occurrences of outcropping rocks, ponds. To determine where the design object is the removal of the borders of Ternopil region.

bedrock lying directly beneath the Quaternary sediments are nizhneportovaya. Quaternary system near the river-beds of tributaries of the river turn gray is composed of alluvial precipitation of floodplain terrace. In the rest of this aaloo-deluvial loess-like sandy loam, light and middle loam with thickness up to 7-15m within the dissected loess plains of glacial and periglacial areas. Geological section according to drilling: soil is the top layer, solid, semi-solid capacity of 1.5 m. This layer also underlie the loam yellowish-brown, yellowish-brown, semi-solid to magkoelasticna, neprorabotannye, with a capacity of 3.8 m. At the base of the section are brownish-brown loam with inclusion of gravel, crushed stone, carbonate, plastic loamy soil, revealed a power of 1.7 m.

topographical map of Ternopil region provide a topographic basis for a variety of engineering surveys for the design of industrial and private objects. Also it is necessary for three-dimensional modeling of geologic conditions on the project site, to predict the occurrence of dangerous natural processes, changes of soil properties under different loads and as a result of moistened soil.

the Geology of the site Ternopil region is characterized by loess-like loams with weak subsidence properties – settling up to seven centimeters. Groundwater to a maximum depth of drilling, eight feet, not detected. Hydrogeological scheme, the depth of discharge of groundwater 10-15m. In the area developed thermal water. On the site survey simple engineering geological conditions. Because of the strong ruggedness of the terrain should pay attention when designing so as not to position the object close to the slopes. Seasonal freezing of clayey rocks of clay – 0.8 m. the Coarse-grained rocks is 1.2 m. the Plot is not potentially flood prone. Topographical survey Ternopil region is held for water supply purposes, when the use of land, prior to construction, to monitor water and land resources.

During construction the soil previously removed and not used as the base. For these conditions serve as the basis magkoelasticna loam, with high deformation and strength properties. For the Foundation is recommended to make a "pillow" with a capacity of up to 0.8 m (crushed igneous rock or blast furnace slag).

removal of the borders of Ternopil region helps to locate the proposed facility on the ground and start building.

All kinds of geodetic and topographical works, as well as engineering-geological researches can be enjoyed in the company company ", GeoTop Engineering".