the Geology of the site is determined by finding the Trinity at the Samara terrace plain, the part of Zaporizhzhya plains on Neogene, pre-Cambrian base. The area tectonically lies on the southern edge of the Dnieper-Donets basin. The village is situated on the watershed of the loess plateau on the right Bank of the river TERS. Relief relatively calm, with a slight slope in a westerly and North-westerly direction, towards the river. 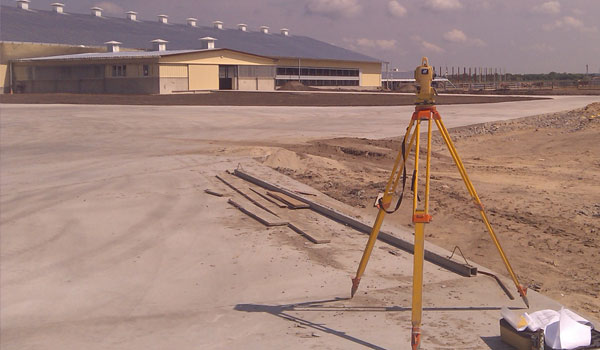 Trinity Geodesy includes the topographical survey of the site. Also at the initial stage carries out visual inspection of the surrounding area. Topographic survey of the cover of a nearby building, communications, ravines, reservoirs, etc. Reconnaissance is needed to identify General geomorphological, geological patterns. Documented outcrops of the geological layers of dangerous natural processes, to nearby water bodies.

removal of the boundaries of the Trinity helps to post on the site well. For small private buildings usually drilled three or four wells with a capacity of up to 10m. Trinity topographical survey carried out for the compilation of topographic base necessary to survey, design, construction.

indigenous Precambrian Geology is presented, Neogene, Paleogene sediments. To depths of 20m in the structure participate anthropogenic sedimentary rocks, Paleogene systems. The Paleogene is represented by greenish-gray glauconitic sandy clays. Quaternary sediments are represented by all sections, aaloo-deluvial loam, alluvium - loess-like loam, granular sand. Precipitation from above is covered by the top soil and bulk soil.

the Geology of the site Trinity according to drilling, starting from the top: bulk soil 0.5 m soil layer from up to half a meter; the loess loam, yellowish, brownish, to varying degrees, humid, solid, semi-solid, subsiding when experiencing extra stress; loam loess, "buried soil", brownish, brownish, from wet to nazywanego water,  semi-solid, plastic loamy soil, subsiding under the additional loads, with the inclusion of carbonates, content of plant residues to 2.0%; in the sole – water-saturated, magkoelasticna, not subsiding with a capacity of 4-5,5 m.; sand is medium grained, grey, yellowish, quartz, water-bearing, clayey, with lenses of loam, sandy loam, heterogeneous capacity of 2.1-2.8 m; major Sands, gray, green, quartz, water-bearing, dense, inhomogeneous, in the sole layer interbeds, lenses of clays and sandy loam with thickness of about five meters.; the Sands are glauconitic, greenish grey, silty, clay, aquifer, dense with an open capacity of three-four meters.

Survey Trinity after drilling helps to capture the coordinates of the workings.

a loess Loam show subsidence properties if you have additional load in a moist condition. The plot developed sagging phenomenon of gully network along the coast. First gravity water horizon is in the lower-, middle - Quaternary  Aeolian, deluvial sediments (clay loam) and different grain size in sandy sediments of alluvial origin. Groundwater is encountered at depths of five to six and a half meters. Seasonal fluctuation of level is about one meter.

Area potentially flooded. Soil and bulk layers due to its nature, cannot be the basis of houses. When designing it is important to plan activities that would protect loess-like soils from soaking. It is necessary to arrange the discharge of surface water. Complexity of engineering-geological conditions of the area belong to category III. Regulatory freezing depth - 0.9 m.

Geology, geodetic works prior to construction you can get it from the company LLC "Guild Engineering".