the Village of Varva (administrative center) is located in Chernihiv region, Northern Ukraine, at the confluence of the UDA river and its tributary. The river flows on the North-Eastern outskirts of Varvi. Here is a fairly large pond. There are small ponds and in the South-West. Absolute marks of the surface of 118-128M. The nearest settlements are: Incense, zhuravka, maps of hnidyntsi, Yashenkov, Bogdan, Cook, Slim, Chiseled, Degtyari, Lyski. 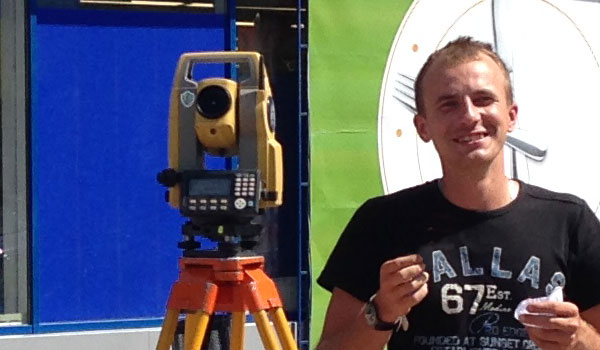 the Geology of the site, Varva presents precipitation Romny Myrhorod plains, dissected, with eye-catching salt domes. This geomorphological structure is part of a larger Poltava accumulative loess plains, the base of which consists of rocks of Paleogene and Neogene age. In tectonic respect it is part of the Dniepr-Donets basin. About half of the village (North-Eastern) bedrock is composed of upper Paleogene – Sands, sandstones, aleurolites. Another South-Eastern part is composed of rocks of the middle Neogene (Burlatsky column) – loam, Sands.

Surveying the Varva is a complex of work to survey the surrounding area and all located on it objects, engineering communications.

as prequaternary rocks of different ages, in different parts of the settlement is overlain by Quaternary sediments of different Genesis. In one part of the lie aiolova and eluvial-diluvial formations – loess-like loams. Closer to the river bed and its inflow overlain by alluvial and alluvial-lacustrine deposits of the first terrace above the floodplain is composed of sandy loam, loam, sand. At the stage of preliminary survey to locate the survey area may need to take away the borders Varva.

as a result of drilling operations revealed the following: on the surface of the soil lies a layer consisting of brownish-dark loam, quasirandom, solid consistency, with a capacity of 0.3-0.4 m. the Yellowish-pale yellow loess loam, partly sand, degraded, hard, with a capacity of 1.9-2.2 m Light gray, grayish-yellow silty sand, slightly wet, with a capacity of 3.5-3.7 m. the topographical Survey Varva required to obtain a topographic base that is needed for geological surveys and design work.

Practically all sides the settlement is surrounded by salt domes, the North and the South developed gully erosion. In the lake sediments are layers of peat. The capacity of loess soils is from seven to fifteen meters with settling 15-30cm. All of this suggests that the Geology of the site, Varva has complex engineering-geological conditions.

the Area is located within the Dnieper-Donetsk artesian basin. Therefore, the study area of the study  is not potentially flood prone. But near the river, its tributary, near water there is a chance of flooding. Are common in the area of thermal water with temperature of 20 degrees and above. The depth of the first level of pressure water five to ten meters, according to the structure of water is chloride-gidrokarbonatnye.

request a topographic Survey of the Varva is carried out to obtain topographic plan all changes of terrain, all buildings and structures, location of utilities.

In winter conditions, sandy loam, fine and dusty Sands freeze to 1.06 m. Clay and loam up to 0.87 m. the Soil layer is pre-cut, because it is not used as the basis for the Foundation. The loess loam of the second engineering-geological element is not manifest sagging properties. They can be the basis of shallow foundations, as well as silty Sands third engineering-geological element. Pre-slag settling a pillow, or a pillow from rubble of rocks of magmatic origin. Capacity cushion depends on the anticipated loads. When vodonayeva deteriorate the properties of the loam of the second geobody, lost deformation and strength properties. It is therefore important to design a waterproof event, unobstructed drainage of water in the stormwater network. After that, as the removal of boundaries of the Varva, begins construction of a designed object.

the Whole complex of topographic and geodesic services provided by the firm LLC "Guild Engineering", we also conduct geological study of soils prior to construction.