the village of Vasilkovka is within the geomorphological structure of Zaporizhzhya plains on Neogene and Precambrian base (larger structure – Samara terrace plain). Tectonically confined to the junction of the Ukrainian shield (Dnieper upland) and the Dnieper-Donets basin. with the Geology of the site the Vasilkovka is composed of Archean and Proterozoic crystalline gneiss, granite, quartzite, lying at a depth of 11-60m. Sometimes they appear on the surface. On top they are covered by thick tertiary and Quaternary sediments. The tertiary system is  represented by the Paleogene and Neogene limestones, Sandstone, sand, clay. 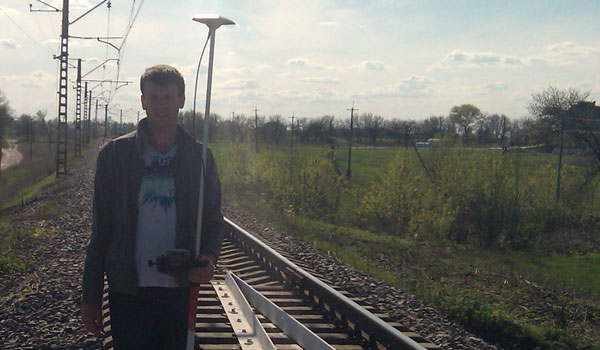 Surveying the Vasilkovka is to carry out a topographic survey before drilling. The site is confined to the slope of the watershed of the right Bank of Wolf, the slope of the surface is traced in a westerly direction towards R. Wolf. Absolute marks of the surface vary from 86.9 m to 89.1 m (Baltic system of heights). As a result of the reconnaissance study General geomorphological, geological regularities occurring geological processes. Removal of boundaries of the Vasilkovka helps to determine the placement of wells on the property.

as a result of drilling wells to a depth of 30m clarified geological section. The system is composed of Neogene sand-clay sediments, the clays of Sarmatian age power up to 20m. The Quaternary system is represented by all three divisions. Nijnecheljustny deposits – red-brown, yellow-brown loam and clay. Middle and upper Quaternary sediments – intercalating aaloo-deluvial loess-like sandy loam, loam with interlayers of sand, with the inclusion of carbonates. Vasilkovka the survey helps to get a topographic map, required for survey and design work.

In Vasilkovka on the surface of the leaves or the layer, or soil-vegetative layer. Under them is the loess loam, brown, slightly wet, hard, with inclusions of carbonates, subsiding. They are underlain by loam loess, brown and brownish–brown, slightly wet, hard, with inclusions of carbonates, with lenses of sandy loam, subsiding when soaking. Below the grey clay, the sand is fine. The Geology of the site the Vasilkovka characterized by the development of subsidence phenomena. Sandy loam, loam while soaking give the drawdown under the additional loads. The total amount of drawdowns under natural pressure from 5.5 up to 9cm Capacity collapsible soil thicknesses 7.4-8.40 metres by the degree of potential podtablemodel refers to virtually nepotoplyaemyi.

Survey the Vasilkovka is carried out when drilling for Senate the coordinates of wells. In Foundation piles at the approximate depth of the piles 15-17m from the ground surface. The final choice of type of site Foundation seem to should be taken after technical and economic calculations, comparisons made licensed project organization. Measures must be taken to prevent soaking loess-like soil on top. This will entail an increase in the moisture content of loess loam and a deterioration of their physico-mechanical properties, the manifestation of subsiding properties. During the construction period and subsequently, it is necessary to conduct rain event.

Unconfined aquifer ("perched") is at a depth of 11-13m in olovo-deluvial loess-like sandy loams and loams with interlayers of Sands, with the inclusion of carbonates. “Perched” has a sporadic distribution, is characterized by variability of flow. The power of an aquifer is through the infiltration of atmospheric precipitation and mainly from leakage of water bearing communications. the removal of the boundaries of the Vasilkovka is carried out on the finished project during construction works.

having Ordered the Geology of the site in the company LLC "Guild Engineering", you will be able to get all the necessary information for informed choice of Foundation of all the peculiarities of construction.