Vita Post is located at Kiev plateau (part of the Transnistrian hill). Tectonically the study area is located on the northeastern slope of the Ukrainian shield within the maximum distribution  of the glacier. The terrain is relatively flat. On-site flows are a relatively small river with tributaries, with two large reservoirs. There are small streams, ponds.  Before drilling specialists visit for exploring the countryside. Planned locations for drilling wells. Is estimated Geology Vita Mail – studied outcrops, ponds, surface manifestations of natural hazards. Set the water level in nearby wells. 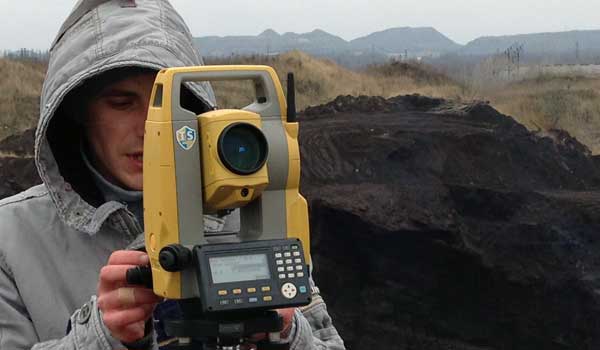 Surveying Postal Vita at the initial phase includes definition of the object on the ground. Postal Survey Vita necessary to pre-project objects. Before the drilling is done survey of all structures, communications. After the digital version of topoplan recorded all of the designed building, communications, planned to drill wells. the Removal of boundaries Vita Post you need to plan well, to make the axis of buildings, objects. In the next phase, when the drilling team arrives, geodesy Vita Post is to removal on the ground of the mouths of wells. During Desk work, after all data processing may have to change the location of objects. Then again, you need a removal of boundaries Vita Poshtova. Vita Postal survey allows you to accurately link geological data to obtain a 3D model with geological layer and flowing by natural processes.

Geological section of Vita Poshtova, starting at the top:

On anthropogenic card in Vita Poshtova common aaloo-deluvial sediments – loess, loess-like sediments and fossil soils, loams medium, and light. They are underlain moraine, loam, sand. the Geology Vita Post is characterized by the fact that the modern relief was formed as a result of the glacier activity, erosion and deluvial processes. In geostrategy take part crystalline pre-Cambrian rocks, weathering crust, as precipitation of the Paleogene and Neogene, overlying the eroded surface of the Precambrian formations.

groundwater Depth is 1.4 m. During the construction of basements it is necessary to exclude moisture subsiding loess soils. It is also necessary to strengthen the walls of cellars, to protect the underground part of the facilities from flooding, to select the material for construction, depending on the aggressiveness of water. While construction of massive buildings and structures there is the possibility of modifying the behaviour of groundwater.

as a result of long-term observations revealed that the average depth of frost penetration silty, fine sand, sandy loam – 0.8 m Maximum – 1.5 m. the Studied section belongs to flood-prone areas. For seismic conditions the area placed in the third category on a five point scale. On engineering-geological conditions of the plot can be attributed to the II category of complexity: the structure involves three IEG, developed hydrographic network, a shallow occurrence of groundwater, the presence of startovani soils. As a result, field surveys have not been found dangerous geotechnical phenomena: karst, erosion, suffusion. When designing, consider that on the territory of the widespread loess-like soils. When moisture increases their settling.

Under such difficult geotechnical conditions, it is important to examine properties of soils occurring natural processes. For this you can order the Geology in the firm LLC "Guild Engineering".