Geology and geodesy of the Kharkiv district of Kharkiv region 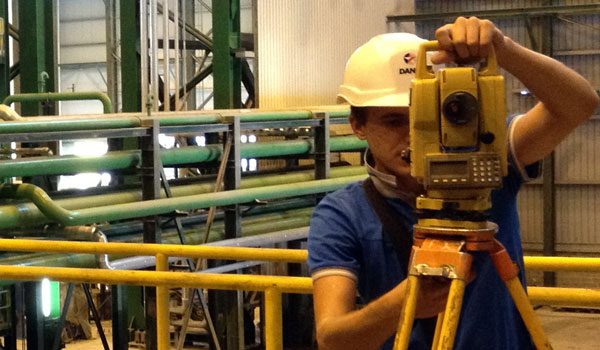 the Geology of the site of the Kharkiv district of Kharkiv region is composed of sediments of Severodonetsk dissected terrace plain within the Central Russian upland (South-Western spur). Only the Western part of the district is part of the East Ukrainian dissected by erosion-denudation plains with Cretaceous and Paleogene-Neogene base. Prequaternary system presents a mixed-age deposits of the Paleogene and Neogene. Islets appear upper Cretaceous deposits are represented by chalk. Paleogene sediments are composed of Sands, sandstones, clays, siltstone and marl. Neogene sediments are composed of variegated sandy loam, loam, and sand at the base with pebbles of Sandstone, sand, clay.

Through the area, there are major rivers, the Kharkov and Donets with its tributaries. Around them formed alluvial floodplain terraces, the first and second dissected undifferentiated floodplain and terraces, sixth terraces. Modern deposits are composed of sand, clay, loam and sandy loam with thickness of 8-10, sometimes 12 meters. The first above the floodplain terrace is composed of sand and sandy loam capacity of up to 15m. The second above the floodplain terrace presents Sands with a capacity of usually 10-15m, sometimes up to 32M. Undifferentiated sediments are presented by loams, Sands, thickness 5-8, sometimes up to 14m. Preliminary boundaries of the designed object can be updated, after the removal of the border of Kharkiv district of Kharkiv region.

But most widely in the district disseminated deposits elevated, highly dissected loess plains – messopotamia middle and heavy loam with a total capacity of 15-20m and settling with 15-30cm. Genetically they belong to olovo and eluvial-diluvial loess-like loam. the Survey of the Kharkiv district of Kharkiv region can be ordered for a site, where the planned building, if such works were not carried out.

In the southern part of the Kharkov area within the basin of the Seversky Donets circulated thermal waters with temperatures over 20 degrees, iodide-bromine mineralization, with iodine concentration of over 20 mg/ml, with the concentration of bromine is more than 250mg/L. Mineralization is strong. The aggressiveness of the first horizon of underground water leaching. The depth of the first horizon of the unconfined water in Quaternary deposits in the North – from zero to five meters. The Northern part of the district can be attributed to the potentially flooded. In the Central part of the district depth of 10-15m, this part can be attributed to potentially nepotoplyaemyi. In the Western part of the district the depth of groundwater levels from zero to ten meters, and the area can be attributed to potentially flood prone.

the Geology of the site of the Kharkiv district of Kharkiv region on the complexity of engineering-geological conditions can be attributed to the medium. In addition to the local area, flooding, within the floodplain terraces of large rivers developed gully activity and formation of landslides. The most part of soil subsidence, it is important to consider when designing the construction.