Geology and geodesy in Khorol

Horol is located on the banks of a tributary of the river Khorol – Rudka. Near many ponds, reservoirs, tributaries of the Khorol, the elder women. Topography smooth, gently inclined in the direction of the Dnieper. The survey area is on a steep slope. Mark the surface of the earth within a 105-112M.

the Geology of the site Khorol is composed of sediments Romny Myrhorod dismembered plains with pronounced in the relief of the salt structures within the Poltava accumulative plains with Paleogene-Neogene base. In tectonic respect it is Dnieper-Donetsk basin. Under Quaternary sediments overlie sediments of the Kharkov verhneportovaya formation, composed of terrigenous siltstone, sandy siltstone, glauconitic sand, Sandstone interlayers, argillaceous siltstone and silty Sands. Srednecenovogo sediments of Pliocene age occupy terraces, privateresidence plots, the slopes of river valleys and beams. Are composed of sand, loam, clay, clay sand capacity 10-30m. 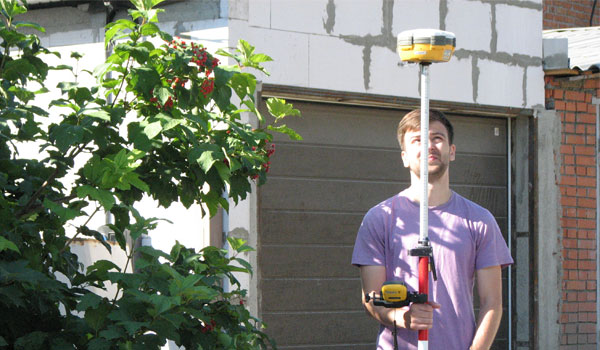 Surveying Khorol before the beginning of the engineering-geological investigations is to conduct survey of the land plot with all located nearby outbuildings, utilities. Preliminary reconnaissance survey will enable you to study the geomorphological features of the area, elevation changes, the outputs of the geological layers. the Removal of borders Khorol can be used for accurate determination section, to select locations for drilling.

In the survey area are widespread alluvial deposits of the floodplain, alluvial deposits undifferentiated first and the first and second terraces. Outside terraces they go in olovo-delluvial precipitation, lissopogonini folded rocks with the capacity of 7-15m, settling 15-30cm. Lithologically they are represented by sandy loam, light and middle loam dissected by glacial and periglacial loess plains.

the Geology of the site Khorol is characterized by the presence of adverse factors such as settling of loess rocks. In the study area are widespread phenomena such as the formation of gullies, salt domes. In the floodplain, the Choir developed peat layers that complicate the construction. The proposed construction is confined to the slope of the plot – therefore it is important to calculate the stability of slope. Under adverse conditions, it should provide measures to protect against landslides. Topographical survey Khorol helps to get a topographic map, on which are the design work are construction and communications.

the Plot belongs to the second category of complexity of engineering geological conditions. For seismic hazards, the area belongs to the second category. Depth  ground freezing in the winter, 0.85 m, for silt and sand – 1m. During construction work soil layer is removed. Loess soils can serve as a basis, if you take them subsiding properties. As well as to create conditions that minimize the water leakage, wetting of the soil.