hotyanovka is within the structure of the Transnistrian hill – Chernihiv marshy woodlands with Paleogene base. Tectonically confined to the North-Eastern slope of the Ukrainian shield. The relief is plain sublime. Ostanovka is on the East coast of the Kiev reservoir. From the South-Eastern side is bordered by Gums. General slope toward the reservoir. Before beginning drilling operations the company's experts go to inspect the area. Chosen place for drilling. the Geology hotyanovka at the initial stage is to study the available outcrops the strata of rocks, bodies of water, surface manifestations of dangerous natural processes. Whenever possible, measured by the level of water in wells. 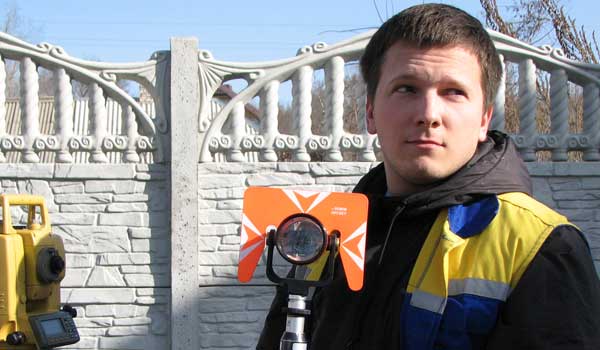 During the first departure of surveying hotyanovka is finding land on the ground. Topographical survey hotyanovka necessary to pre-plan future buildings. Before drilling is carried out a geodetic survey of all on site and adjacent structures, utilities. All this is then applied to a digital map. On the map planned locations for drilling wells. Takeaway boundaries hotyanovka before drilling will allow to see the axis, boundaries of buildings and planned wells. After drilling  geodesy hotyanovka consists in removing the coordinates of the drilled wells. After analyzing, processing all received data, you may need the removal of borders hotyanovka in the case that the geotechnical conditions will be unfavorable. the Survey hotyanovka also required to work with geological data and construct geological sections and columns containing wells.

General geologic section of the study area, starting at the top:

Under these sedimentary rocks overlie Archean and Proterozoic crystalline sediments, granites, ranging from a depth of about a mile. The thickness of sedimentary strata increases to the northeast and decreases to the southwest. Closer to the shore of the Kiev reservoir on the surface is overlain by alluvial deposits first terrace above the floodplain – associated sandy sediments of different grain size quartz Sands with rare sublayers of loam and sandy loam. Closer to the Gum developed alluvial deposits and floodplain Sands, loams, silts, fresh-water marl. Along the coast of the reservoir across the layers of peat. Such soils are weak. Also unreliable for construction are floodplain areas.  Geology hotyanovka is engaged in the study of modern forms of the relief, the composition and location of soils, hydrogeology.

in Addition to Quaternary sediments unconfined aquifer is met at a depth of 4.4 m. the unconfined water Level can vary from 0 to 10m. The site is potentially flood prone. As a result of long-term observations revealed that the depth of frozen silt, fine sand, sandy loam from 0.8 m to 1.5 m. the earthquake area is related to the second - the third category on a five point scale. On engineering-geological conditions of the area can be attributed to the II category of complexity – complex hydrogeological conditions, meets the turf, there is a likelihood of flooding along the banks of the Dnieper developed landslides. Visually found dangerous geotechnical phenomena: karst, erosion, suffusion. However, be aware that there is a likelihood of Obvodnoi. And on-site developed weak soils with peat content.

To select a favorable place to build, to choose the right Foundation you can contact the specialists of the company LLC "Guild Engineering" and order the necessary for your area of work on Geology and geodesy.