the Geology of the area under cottage

Geology under the cottage is undertaken to study the upper horizon of the earth in the bowels of dynamic processes. All this is compounded with the increasing technogenic processes associated with economic activity. We study the composition of rocks, structural and textural characteristics, properties of rocks. Is the prediction of the behavior of soil layers under the ground under the pressure of outbuildings. The forecast behavior as a result of moisture, the freezing of the soil, etc. 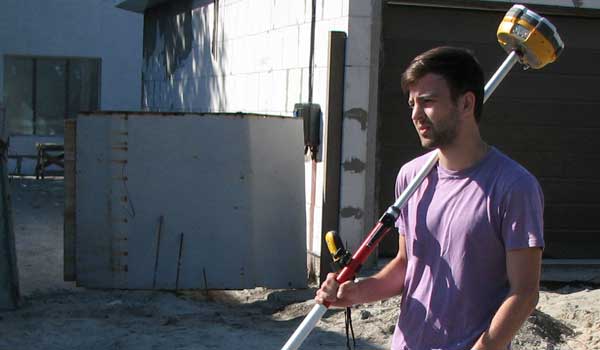 the Geology of the site under cottage consists of a comprehensive study. It is the study of topography, Geology, tectonics, seismic conditions, geomorphology, hydrogeology. Studied all the data needed to compile the project. Pay attention and study groundwater. How do they affect the soil. Aggressive properties of water and soil in relation to iron, concrete. Selected Foundation type, depth  bookmarks. Select the appropriate material.

Geology of the cottage for studying rocks with a view to their suitability as bases of your building. Is the survey area. The drilling of wells. Selected monoliths with the breed. Then they are examined in the laboratory. There may also be field tested. The latter was the most reliable. At the end of works report on the Geology of the site. On the basis of its conclusions about the suitability of the soil. Select the base, depth of backfill, materials used.

Geology under the cottage is also used for scheduling engineering activities. In fact, we mostly deal with difficult soils. But now build almost everywhere, on all soils. It's all in pre-engineering preparation of the territory. But it can be very costly. Also Geology is held for the liquidation operations, modernization.

the Geology of the site under the cottage determines the suitability of the soil for future buildings. Very reliable – rocky soil. The most common sandy soils. Their characteristics are directly dependent on the particle size, the presence of inclusions. Coarse sand without inclusions can withstand large pressure. Also prevalent clay soils. Usually they are not clear, with the interlayers. During their operation, many challenges arise. Fine sand with clay when wetted with water can be a quicksand.

Geology for cottage includes the selection of the design version of the base. In the earth can occur in a variety of movement, motions, tremors. The Foundation plays a buffer function. To suppress these movements, to undertake them, to compensate them. He also plays a protective role. Have to protect the basement, the basement of the excess moisture. The Foundation plays a key role outbuildings. It depends on the life of the house. The construction of the wrong base leads to uneven subsidence. Will appear distorted. Will not open doors, Windows, veranda, porch.

If the upper soils are weak, they cannot withstand large loads. If their power is considerable, and to remove a layer it is used the pile Foundation. He used, when quicksand when the water is shallow. To do a deep Foundation is expensive. Therefore, even if the bookmark is shallow - you can avoid a lot of trouble. To do this, the soil previously strengthen. Prepare sand-gravel cushion. They can be used for almost any of the foundations, excluding pile.

to solve numerous issues related to the proper construction of outbuildings. You must select the base, select the desired depth. Pick up the material. All this can be done by ordering a preliminary study of soil at the site in the company LLC "Guild Engineering”.