Preparation of preliminary ground data within 24 hours after drilling according to client's request!

Geology is the science that studies the earth's crust (its composition, structure, history, processes and methods of study of minerals and rocks). The name comes from Greek γη — "earth" and λόγος — "word", "knowledge". In ancient times people were interested in the structure of the Earth, rocks, ores and minerals. In 1657 Norwegian scientist Esholt M. P. introduced the term "Geology". But as an independent branch of the science of Geology was defined in the late 18th – early 19th centuries. 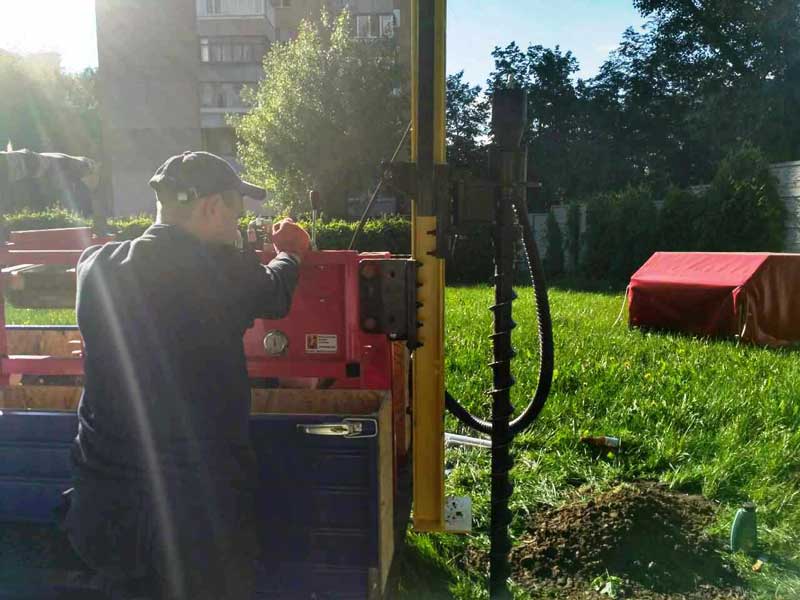 the Study of modern processes occurring on the planet, allows us to understand the geological processes that occurred in the distant past. Our Earth is constantly changing. Some processes occur very quickly, such as earthquakes, volcanic activity, landslides, mudflows, etc. But most of the processes in Geology is very slow (sedimentation). Over the life of the one person they are almost invisible. But modern precise geodetic satellite measurements has allowed to establish that the Great lakes region in the U.S. and in Canada now rises. The same rise is experiencing botany Bay in Sweden. In contrast, the East coast of England is experiencing slow and gradually lowering flooded.

we currently know about the structure of the Earth to a depth of 12 kilometres due superdeep borehole on the Kola Peninsula. By molten volcanic lava are we to judge depths of up to 120 km. And the deeper structure of the Earth we can only guess due to geophysical methods of research and the fragments of meteorites.

Besides the study of geological processes, large informative volume brings the study of minerals, rocks and impurities in them. These are made by such subsections Geology, Mineralogy, petrography and Geochemistry. The study of historical patterns of Land engaged in historical Geology. And the study of ancient animals and plants engaged in paleontology. Geophysics allows you to explore Earth using modern methods and equipment. Structural Geology examines various forms of occurrence in the earth's crust rocks. Geotectonics has been studying the global structure of the Earth and what is happening in her movements and various deformations. Mineralogy deals with the study of minerals. Minerals are folded rocks, the study of which is engaged in petrography. For geological studies have used wells, pits, quarries, mines and natural outcrops. Species selected samples, which are examined in the laboratory.

a Special section of Geology, engineering Geology, used in construction, agriculture, military Affairs and in the design of engineering structures. This branch of Geology studying how the geological environment affects various engineering objects. To do this, drilled an exploration well testing the soil sensing techniques and stamps. In the laboratories determined the physico-mechanical parameters of soils, the chemical composition of groundwater. Identifies the originating engineering-geological processes, also developed recommendations on protection from them. In engineering Geology can often be used geophysical methods of research. The first carried out land surveying, geo-referencing is made of objects, engineering developments, compiled topoplan plot.