Dnipro and the Dnipropetrovsk oblast is one of the priority regions in which the company "Guild Engineering" conducts surveying work. The company started to carry out engineering-geodesic surveys in the Dnipro region in 2006 and it is here that there is a large number of objects. Geodetic works in Dnipro are in great demand, because the city is one of the largest industrial centers of the country. Also in Dnipro is the company's head office, where coordinated work of representative offices throughout Ukraine.

Contacts in the Dnipro:

Office of the company "Guild Engineering" in the Dnipro located at the address Naberezhnaya St. of Sicheslavshchyna (Lenin), 15-a, office 408, 4th floor. Also, the office is the most convenient Parking. The office hours: Mon-Sat 8.00-19.00 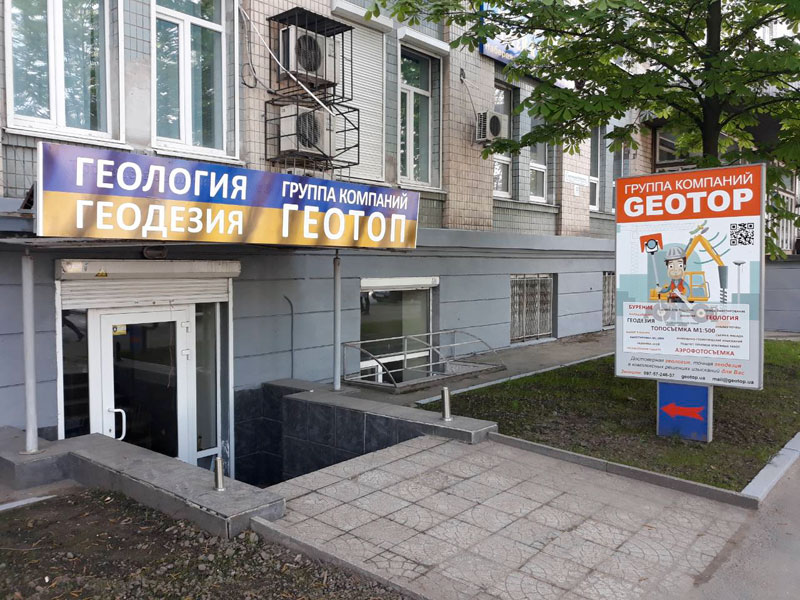 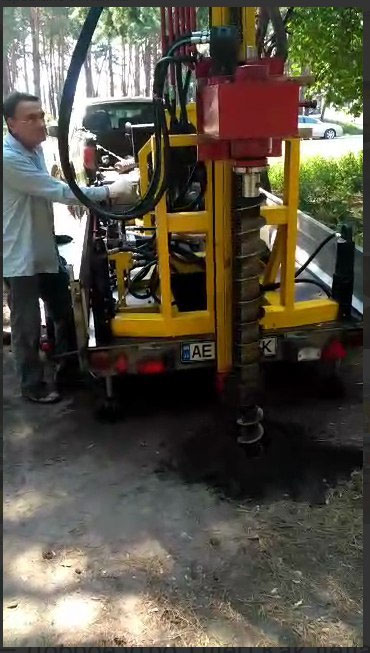 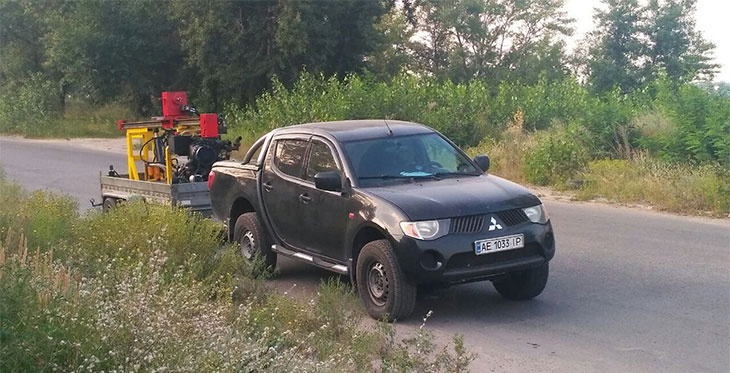 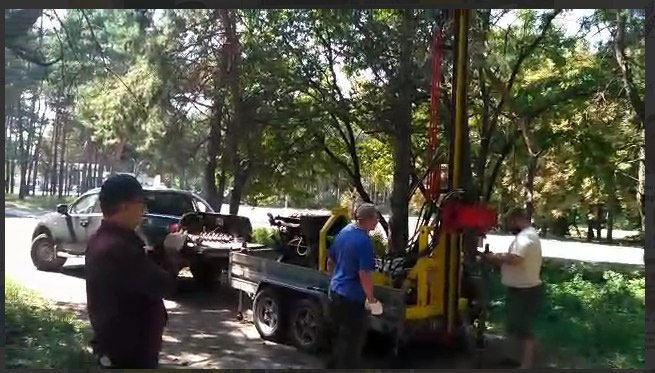 In Dnipropetrovsk geodetic works the company "Guild Engineering" are performed for large industrial enterprises and private persons the Prices for services in surveying depend on many factors, including location of geodetic works, the type of construction, the amount and timing of implementation of geodesic maintenance. You can read the preliminary amount of work by filling out the order form on the site, as well as by calling 097-57-246-57. In any case, you will see that our prices are the most acceptable ratio quality-price-speed 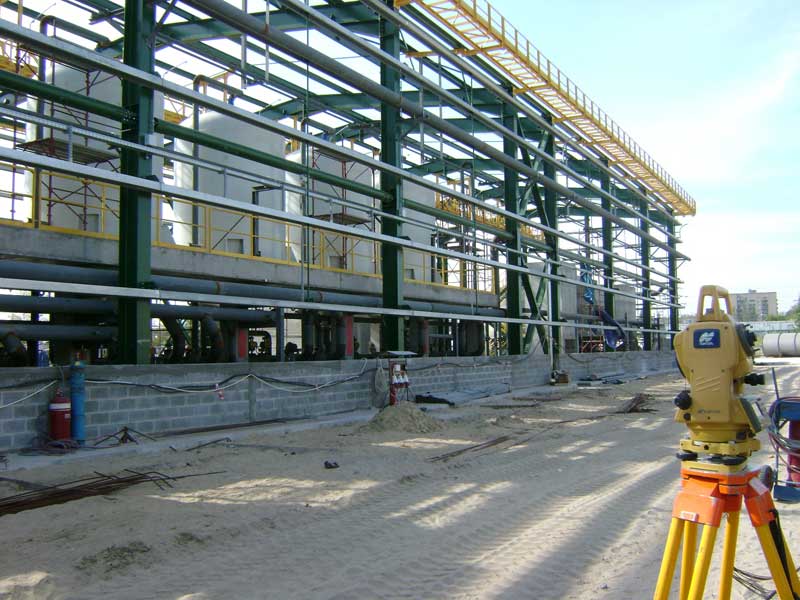 One of the most popular services prior to the construction of industrial or commercial facilities, and the development of the private site is takeaway and demarcation. Currently the share for which removal of boundaries of the land plot in nature in Dnipropetrovsk and the region will cost only GM!

action Conditions: free borders of land is only for work related to borders which will be held fencing with installation from the company "Guild Engineering".

Dnipro is actively developing city in Ukraine and is one of the leading positions by the volume of construction works. The realization of these plans requires geodesic support. The company "Guild Engineering" held geodesic support of construction in Dnipropetrovsk on a sufficiently large number of objects, among which the " Karavan " shopping center, Dnipro oncocenter, concrete knot "Elba", under construction on the territory of the Dnipro machine-building plant. Geodetic control was carried out on all stages of construction: preparatory, main and final.

Prior to construction, as a rule, also hold engineering Geology soils plot. In Dnipropetrovsk this service is used to determine the design of the Foundation and devices in the future home ground floor.

Carrying out engineering and geological surveys is the most effective way to find out about the composition of the soil on the site before construction. Even at the pre-project stage, it is necessary to order drilling of wells in order to know the main soil parameters that can affect both the construction process and the operation of the existing structure. Substantially to save on building materials the geological report which is given out as a result of the spent engineering-geological researches will help. Based on the laboratory analysis of soil samples taken from the site, the report indicates the main indicators and characteristics of the soil. The geological report also indicates the recommendations for the construction of the foundation - its type, the depth of the bookmark. Thus, the geology of the site provides an opportunity to choose the most suitable variant of the basement and avoid possible negative phenomena that may occur in the future, such as landslides, flooding, etc. The presence of its own certified laboratory, modern compact drilling equipment and experienced specialists who know their own Business - allow to give a qualitative result in the shortest time. 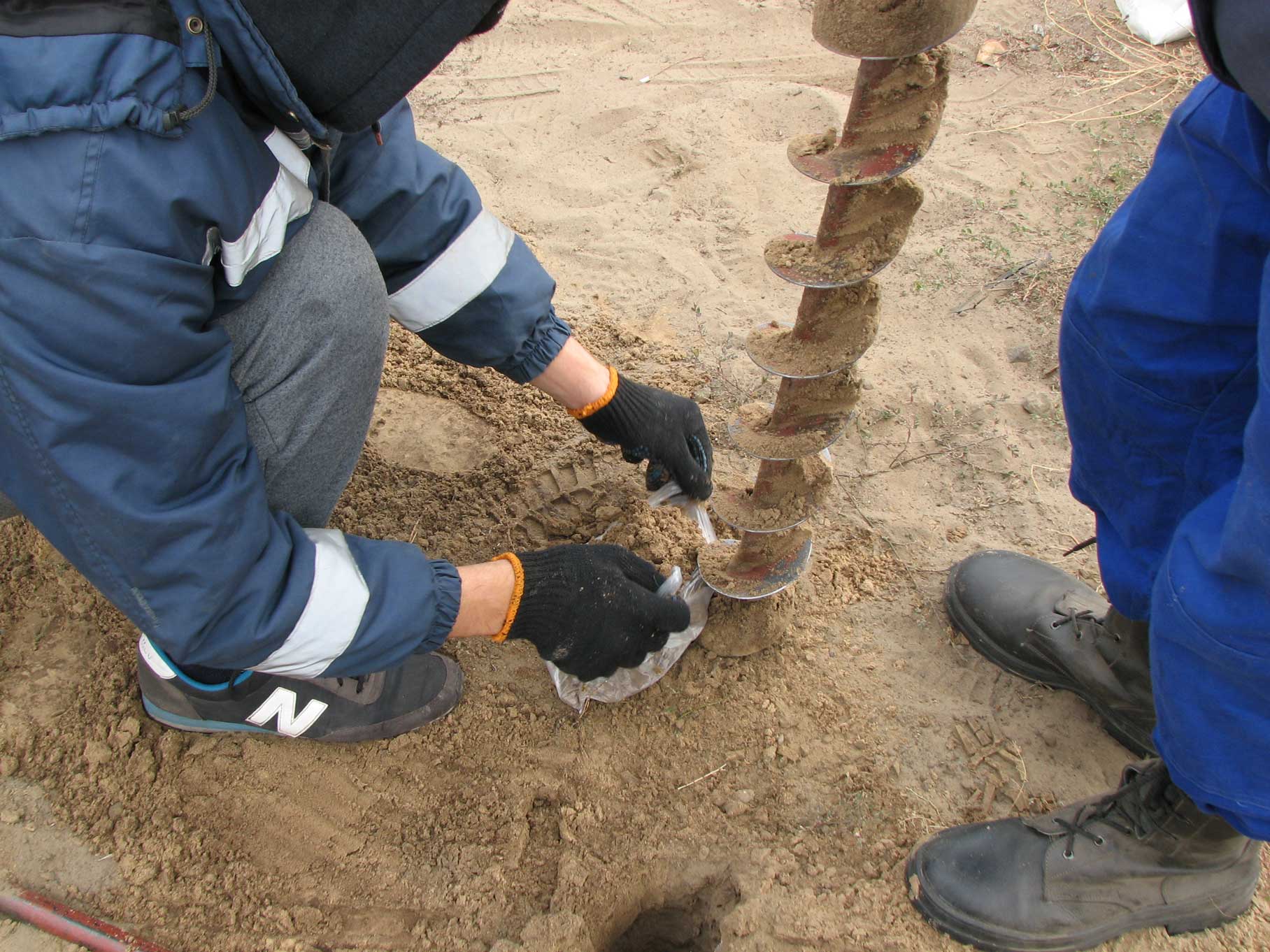 Also at the beginning of construction is actively used this type of geodetic activities, as the breakdown and removal of axles. The most famous object, where the company "Guild Engineering" carried out work on breakdown and removal of axles in Dnipropetrovsk is a steel plant, Interpipe steel. For the plant was carried out full range of services geodetic works, which are used in construction and production of: pre-project engineering surveys, determination of boundaries of land use, consolidation on site main center axes, detailed construction breakdown structures with daily control of correct geometry, and the breakdown of axes of technological equipment with the Executive schemes. 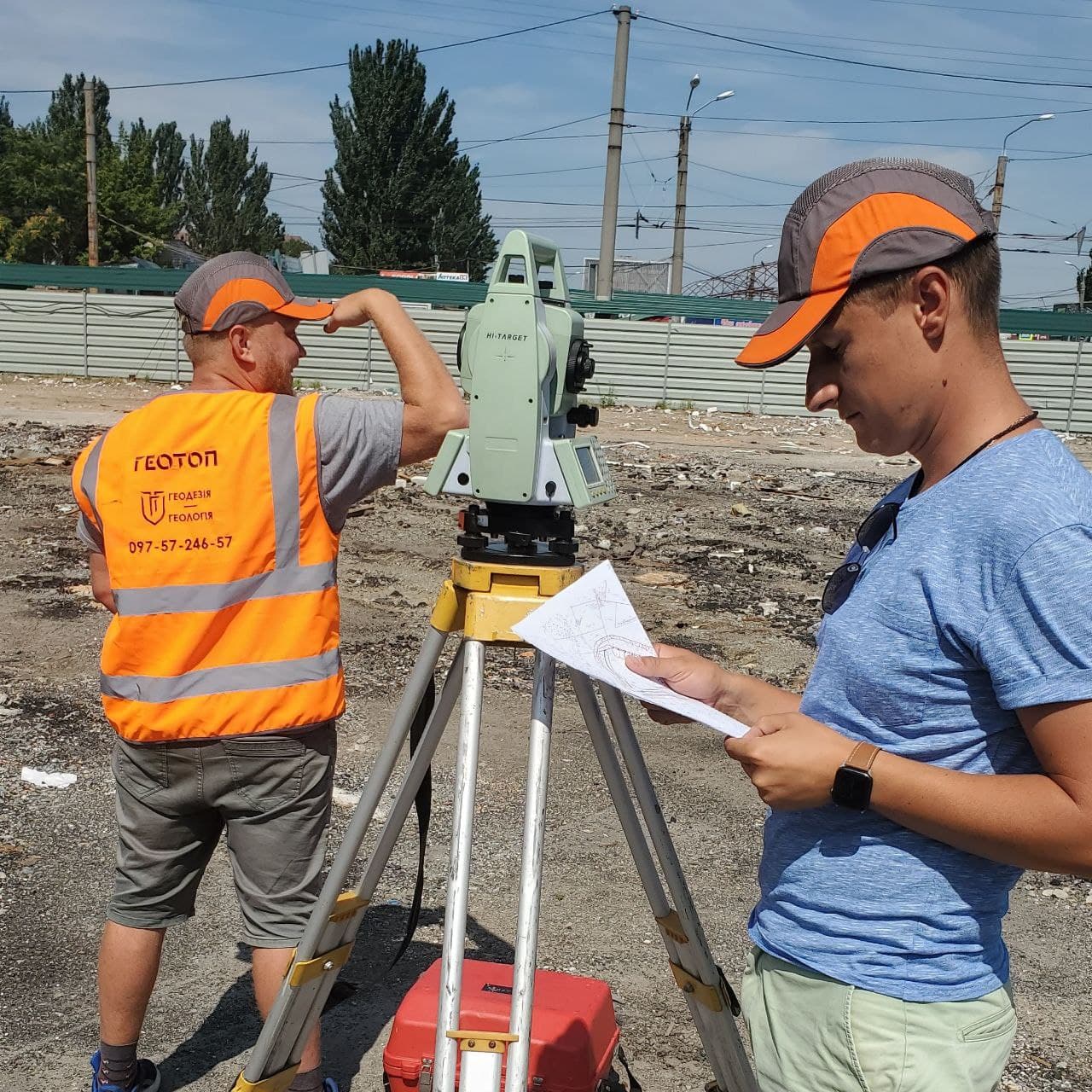 An integral part of the construction works is topographic survey. While most operations with the real estate part of the necessary documentation is a topographic map of scale 1:500. Surveyors with the Guild Engineering" are best prepared among specialists of other companies, where You can order topographic mapping in Dnipropetrovsk. Topographical planning, as a rule, included in geodetic works in construction and production. Topographical survey in Dnipropetrovsk region experts "Guild Engineering" was performed on such large projects as the construction of a plant "Biogas" in salesavalide, dairy complex "Yekaterinoslav" vzletno the runway Dnipro airport and objects of the steel plant, Interpipe steel. In addition, regularly carried out a large number of works for topographic survey for private households, in Dnipro and region. 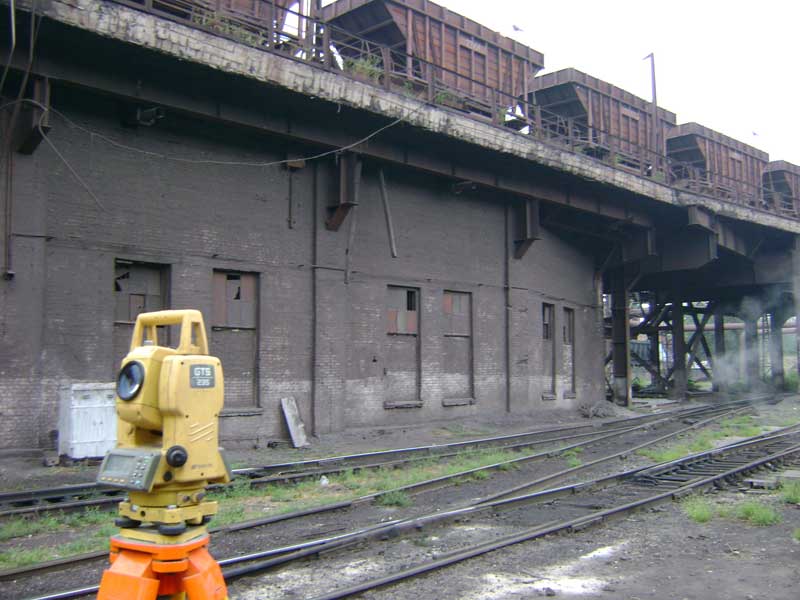 An important instrument of control over the accuracy of construction works is the production of Executive surveys. Shooting is conducted during construction of the object and end after its completion. Executive shooting in Dnipropetrovsk are regularly held at the building of industrial objects and private houses. The result of this footage is a compilation of the Executive documentationthat meets the requirements of regulatory documents of the bodies of state supervision and technical supervision. 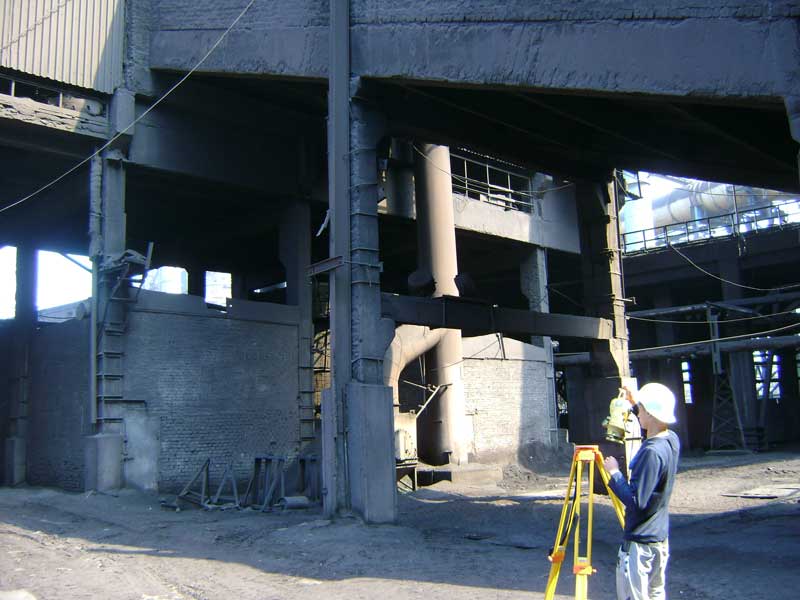 Given the large number of mines and quarries in the Dnipropetrovsk region popular surveying services. The specialists of "Guild Engineering" was performed such works as the breakdown of axes in underground structures, support of works in open pits, control deformation and much more. Surveying work was held on mines " anniversary " in Pershotravensk, Pavlograd, Samara (C. Boguslav), Ternovskaya and the Alexander and Petrovsky careers in Yellow Waters. 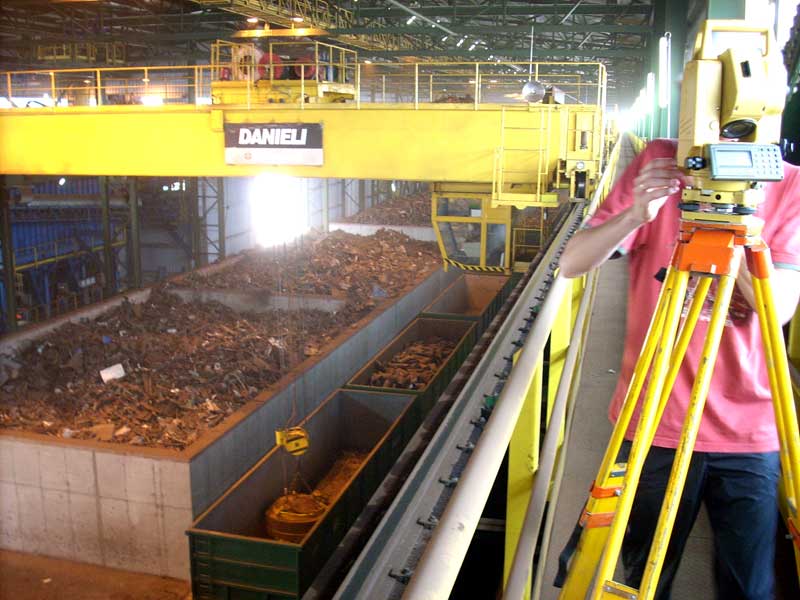 To visit a representative office of geodetic company "Guild Engineering" in Dnipro You can at any convenient time, warning about your visit by phone:
097-57-246-57

We will wait for You at the following address: Ukraine Dnipro, Embankment of Sicheslav (Lenin), 15A office 408, 4-th floor (form. the building of " dneprostroy").