Owning land sooner or later everyone is faced with a situation where it is necessary to conduct measurements. And no matter what you're going to do, whether to build a new building or structure, or else you just need to define the borders of this section, in any case you have to seek the help of surveyors. And to ensure that all work was carried out efficiently, they need to trust only qualified personnel who possess special skills and abilities. Such surveyors working in the company "Guild of Engineering". In their work they use special tools that help you get accurate and reliable information about the investigated area. The company "Guild of Engineering" provides a wide range of geodetic services in Petrykivka. 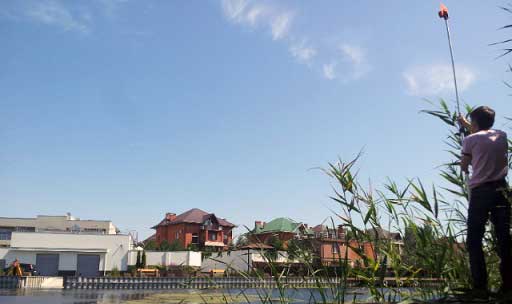 Surveying is a science associated with the measurements of the earth's surface, which is widely used in construction and not only. Work is performed in two stages. The field work includes works associated with the measurements on the ground. Cameral stage is a work aimed at the preparation of reports, drafting drawings, preparation of plans and schemes. In the preparation and execution of this documentation as a basis the results that were obtained during field operations.

Price surveying 2 900 UAH for the object

the Company "Guild of Engineering" holds such geodetic works in Petrykivka:

The latest among all the services offered by our company is the topographic survey. Topographical works is a collection of works that aim to measure heights, distances and angles with the help of special tools. Most of these measurements are carried out using a total station, at least - the theodolite. The obtained data are used as basis for the preparation of topographic maps and charts. The survey can be of different scales. The most popular shooting - "'ll think" in the 1/500 scale.

We understand the importance of their work, so to fit each job competently and responsibly, no matter what difficulty it is. Entrusting the geodetic surveying our specialists you can rest assured that all work will be done efficiently and on time.