Engineering geodesy in construction is very popular geodetic service today. During their performance with innovative equipment and the most advanced techniques that allow you to achieve the most accurate data during the engineering and geodesic works. Of course, not the accuracy of the information depends not only on devices, but also on the professionalism of the performers of this type of work. Conduct engineering geodesy takes place not only during the construction process. Also this type of service is very popular during the operation of buildings and Sarojini. 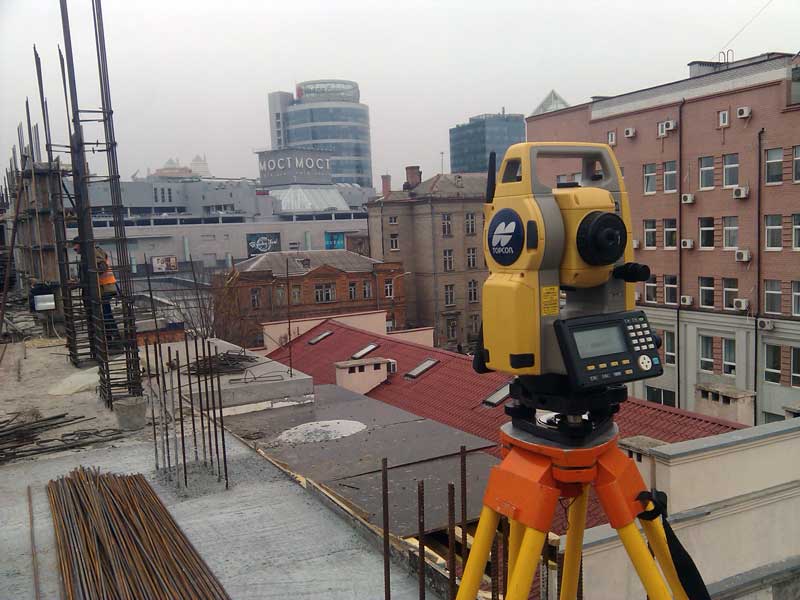 Engineering geodesy has the following objectives:

Engineering-geodesic surveys for the construction of pursuing another goal is the identification of deformations of the earth's surface under the real estate object and the object under the influence of various environmental factors. The requirement for precision geodetic support of construction depends on the type of construction. Topographical surveys are carried out not only during construction but also during operation of the facility for monitoring the condition of structures and to detect possible deformations and predict their development. Carry out these works is called monitoring. It is performed using specialized equipment that allows you to obtain the most accurate results. Engineering geodesy is one of the main directions of the company "Guild Engineering". Entrusting us to carry out geodetic surveys, you will receive the quality of work at an affordable price in a short line.

Surveyor, having been instructed on engineering-geodetic uzyskania for construction should take into account several important components for a successful design:

Special attention should be given to engineering and geodetic control that should be made by the surveyors in the course of its work on the construction site. This control is performed using geodetic methods and equipment. A team of contractors performing certain work at the site, can make a mistake. And without timely control, this error will remain undetected and in the future may develop into a major problem associated with the need to remake the lion's share of the work.

Engineers familiar with the project and the facility itself like no other, after several treatments, I can say that the correct construction. Typically, the control is carried out through built work. She is in between stages of the building process, for example on completion of the laying of the foundations or the erection of the facade. Thereby, it is possible to detect even the smallest deviations of builders from the project. Also, this procedure is the final chord of all works on site. Without it, the structure will not be commissioned.

Separately, the Executive survey is carried out for underground utilities to verify the accuracy of their strip.