Chernigov region is located within the boundaries of the Dnieper lowland, Poltava plain. Also by physico-geographical features of the area included in the Polesie lowland. In this article we will discuss the engineering-geological conditions of Chernihiv region. 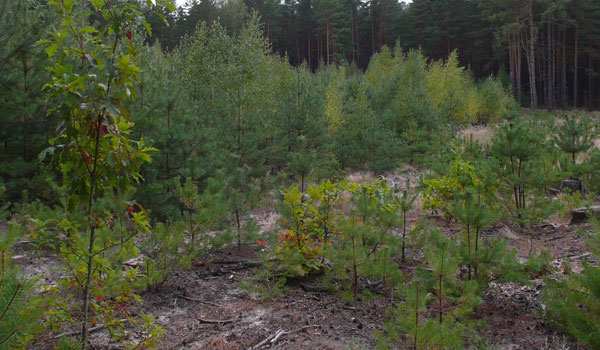 a Major tectonic structure that runs through here is Dnieper-Donetsk basin. Stepped discharges and flexure comprise its individual elements. Bedrock lies very deep (10-20 km), to the South the depth decreases. Sedimentary rocks are represented by lower Carboniferous – Quaternary sediments. Most of the rainfall are Carboniferous clastic sediments. Sediments of the Triassic system is represented continental, variegated, zapesochnyi clays. Lower and middle Jurassic represented by clayey-sandy sediments of marine origin. Upper Jura fold continental Sands, clays, carbonaceous rocks. It is the topmost stack is composed gravelites and limestone of marine origin.  lower Cretaceous sediments are represented by sand and clay Sandstone terrigenous origin. Upper Cretaceous deposits already are composed of glauconitic sand and Sandstone of marine origin, gradually from above turning into Marly-Cretaceous sediments (Cenomanian-maastrihsky age). Sediments of Paleogene and Neogene is represented by sand and brownish-red loam. Rocks of Quaternary age are associated with a variety of relief-forming factors.

Loess soils and loess-like loams related with ancient river terraces and the watershed. They are separated by buried soil layers, formed at different times. Alluvial deposits occur in terraces and tributaries of rivers. Also there is precipitation eluvial and deluvial origin. Thickness of deposits of Quaternary time may vary from a few meters to fifty meters and more. Several developed engineering-geological processes, like landslides, taluses and landslips.

Also on the territory of Sumy and Chernihiv oblasts of the Ukrainian Polesie extends, with a variety of natural landscapes due to the Geology of the area. It uplifts, hills, dunes, composed of fluvioglacial Sands. The Polesie lowland is a levelled sand surface with elevated Islands, folded loess rocks.

broad River valleys, sometimes deep – in places where the river cuts into the crystalline basement rocks. In rivers many swamps. In local areas of the Polesie lowland is a hill, for example G. the Scrofula close to Romny.

the Main aquifers are connected with Mesozoic rocks Cenozoic time. The flow of the Desna Chernigov lower developed wetlands, also on the Eastern bend of the river appear karst processes. Uplands are subject to erosion and gully formation. It all points to the importance of carrying out a complex of works - the Geology of the site Chernihiv.

gray-colored Terrigenous rocks of Paleogene age are discordant on rocks of Mesozoic age. These sediments are different in composition, were formed in a variety of conditions, come to the surface in river valleys, ravines and gullies. In the center of the depression they are covered with thick layers of Neogene and chetvertaki. The lower part of the Paleogene is represented by sand, Sandstone, silt, clayey-sandy rocks. They are exposed along the banks of the river Psel. The thickness of the deposits tens of meters.

They are coated with a clay, marl with lenses of sand and Sandstone of Eocene age. Quartz sand composition. In the Kanev tier they are finely grained, Kyiv tier is characterized by medium-grained sand. In the Sands of Kiev tier clay component is present in the form of small layers. Physical-mechanical properties of clayey rocks of Palaeogene age are low/medium compressible soils.

Quaternary rocks were accumulated as a result of the action of glaciers, were subjected to tectonic movements, was diluted with water. In General, these sediments formed as a result of glacier movement and melting. Power reaches forty or eighty meters. The deposits of the Oka and the Dnieper glaciation is not divided. They can be found everywhere at a depth of thirty to fifty meters, their thickness is highly variable – up to 50m. The rocks consist of sand-gravel material, there are also pebbles and boulders, layers of sandy loam, loam and clay. Dominated by sandy material. Almost everywhere there are deposits of the Dnieper moraine with a capacity of ten to twenty meters, they are only blurred in the field of development of terraces. Morena is divided into two layers, which are often separated by interlayers of sand. The lower part consists of clay, subincanum and subgenital material brownish-yellowish-reddish color with interlayers of sand with fragments of gravel, boulders. Clay material solid or semi-solid, plastic loamy soil. Top with more sandy material.

Geological section in the region of Chernigov presents fifteen-meter layer of alluvial upper Quaternary sediments: dark grey sandy loam, fine medium grained Sands lie on top of technogenic sediments. Unconfined ground water reveal at the depth of 4-5 m, but seasonal variations can reach a height of 0.5 m. the Territory is exposed to flooding. Serve the cause of and loess-like loam (good confining bed), and the water leakage from water supply, and lack of stormwater drainages.

OOO "GUILD ENGINEERING" will perform on your site, you need a complex of engineering-geological surveys in Chernihiv and the Chernihiv region.